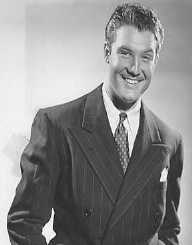 George Keefer Brewer was born 5th January 1914, to Donald and Helen Brewer. He was born in Woodstock, Iowa, in the United States. The couple had only been together five months when Reeves was born, and they separated shortly after his birth.

George Reeves and his mother moved to Illinois, where she came from. Soon after, the mother and son moved to California to stay with her sister. She then met Frank Bessolo, whom she married, and Reeves took the surname of his stepfather.

While he was in high school, Reeves had begun acting and singing, and he continued with the pursuit when he was in junior college as well.

George Reeves made his screen debut in 1939 when he was cast in one of the minor roles of Gone with the Wind, Stuart Tarleton, and the movie went on to become an all-time classic. Shortly after he was cast in the role of Tarleton, he was contracted to Warner Brothers. Several movies followed in quick succession, although most of them were B-grade and not successful.

In 1943, George Reeves was drafted into the U.S. Air Force. The Air Force had a Broadway show, Winged Victory, which Reeves performed in. The show had a long Broadway run, followed by a national tour and even an adaptation to a movie. Reeves then joined the Air Force’s First Motion Picture Unit, and his role was to make training movies.

George Reeves was discharged after the war, and he returned to Hollywood. The film industry had slowed right down during the war period, but Reeves managed to win roles in two movies, after which time, in 1949, he moved to New York City.

Reeves began his television career and was cast in his first role in 1949, in The Clock, where he appeared for two episodes.

Two years later Reeves went back to Hollywood. He had been offered a role in the movie, Rancho Notorious.

That same year, 1951, he was offered the role of Superman in a television series that was about to start called, Adventures of Superman. Reeves wasn’t sure about taking the role, as television was not considered important during that era, but in the end, he decided to do it. George Reeves became a national star, recognized everywhere. The ABC Network, which had national coverage, aired the show, and that gave him even more recognition. He also earned extra money by making public appearances.

The filming schedule was very tight, but George Reeves did continue to shoot movies for a short while. Once the show began to air nationally, Reeves found it more difficult to find other roles, because he was synonymous with the Superman/Clark Kent role. After two seasons of filming, Reeves was unhappy with what he was being paid and the lack of variety with his character. He tried to quit, but after the producers couldn’t find anybody suitable to replace him, they offered him more money, and he stayed.

The problem was, George Reeves was paid on a weekly basis, but only during filming, which was only about eight weeks of the year. He made a point of complaining to people about his financial problems.

He wanted to direct a low-budget movie, but couldn’t find anyone to finance the project. He was also offered a stage show tour, but it would mean Reeves has to play the Superman role, and he was loathed to do.

On 16th June 1959, George Reeves was found dead in his bedroom. The cause of his death was a gunshot wound to the head.

There were several people at his home during the time including his fiancée, Leonore Lemmon, William Bliss, Robert Condon, a writer, and Carol Van Ronkel, a local neighbor. Reeves socialized with his guests for a time before he retired to his bedroom in an unhappy state of mind, and shortly after, a gunshot was heard.

Questions were asked of Lemmon, but she was placed with the other guests, even though there was some contradictory evidence. Physical evidence was also conflicting, but the ruling was death by suicide.

Reeves’s mother hired an attorney because she didn’t believe the suicide ruling, but after carefully going through all the evidence and having a second autopsy conducted, the attorney couldn’t find anything new, so the ruling remained.

Some friends and actors didn’t believe the suicide story. Some think his ex-girlfriend, Toni Mannix caused his death, or her husband, Eddie Mannix, MGM vice-president had a mafia hit put on Reeves. It is rumored that Toni Mannix had confessed to a priest that she was responsible for the death of Reeves.

George Reeves received a star on Hollywood’s Walk of Fame in 1960. In 1985, DC Comics named Reeves an honoree in their 50th-anniversary publication, Fifty Who Made DC Great.

In 1940, George Reeves married Ellanora Needles, a fellow actor. They divorced after ten years of marriage.

George Reeves had an affair with Toni Mannix and left her in 1958. He then announced his engagement to Leonore Lemmon, a society playgirl.

George Reeves worked to raise money and awareness for myasthenia gravis. In 1955, he served as the national chairman for the Myasthenia Gravis Foundation.