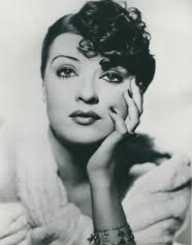 Gypsy Rose Lee was an American dancer and entertainer who majored in the burlesque and striptease performances.

Gypsy Rose Lee was born as Rose Louise Hovick in Seattle, Washington state on January 8, 1911. She had a younger sister called June Havoc who was a year younger. They were raised by their single mother in Seattle. Their mother Rose Thompson Hovick had two marriages in six years which ended up in divorce. Rose went to school for a while and acquired basic literacy skills. She stayed back in Seattle when her mother and her younger sister June were traveling with dancing troupes in the state.

She dropped out of school and tried exploring her talent in singing and dancing. She incorporated burlesque in various clubs. She gradually developed a reputation as a talented dancer and stripper in Seattle. Rose became a stripper by accident. She lost her dress on stage when it fell off her body. Her viewers applauded the act thinking it was part of the choreography. She resolved to make the strip act her show stopper.

With a famed reputation on the stage, Rose used the strip teasing act rather complete stripping to entice her audience to yearn for more action. She entertained her viewers with acts of comedy in between her burlesque presentations. As her celebrity status enhanced, she adopted a new performing name. She changed her stage name from Louise Rose Hovick to Gypsy Rose Lee. She got a contract to perform at the Minsky’s Burlesque club. Rose ended up entertaining revelers for the next four years.

Rose was often arrested at the Minsky’s club by the police on suspicion of being underage. Her mother got her released by availing numerous forged birth documents indicating her mature age. She became more politically inclined during the early 1920s during the Great American financial depression. She helped organize and support the labor movements for higher wages.

After the depression, she moved to Hollywood. Rose tried her act in film acting between 1937 and 1938. Though she made five films in two years, rose had little financial returns in her stay in Hollywood. She went on with her stripping entertainment business until the fall of 1939.

In 1941, rose published her first novel under the title the G-String Murders. The novel was later adapted into film production in 1943. She released her second novel in 1942 tiled Mother Finds a Body. Rose was instructed by the US Supreme court to share the book’s financial proceeds with Dorothy Wheelock for breaching an agreement entered between the two. In 1943, Rose wrote her only theater play production titled The Naked Genius. The play became a film production in 1946 under the title Doll Face.

Rose married her first husband Arnold Robert Mizzy in August 1937. She divorced her husband in March 1941. She went into her second marriage with Alexander Kirkland in August 1942. Rose divorced Kirkland in October 1944. She had a son called Erik Lee Preminger in December 1944. She got pregnant by Otto Preminger while still married to Kirkland. In 1948, she married her third husband Julio De Diego. Just like in the first marriages, Rose divorced Diego in August 1955. She never remarried again.

Despite her milestone achievements in her career, Rose suffered in her private life. She grew up in a broken home. She watched her mother divorce thrice. In her mother’s second marriage, rose suffered physical abuse from her stepfather. Coincidentally, Rose had glaring similarities to her mother. She endured three broken marriages like her. She also died of cancer like her.

She subsequently got out of her stripper career into a more socially acceptable profession of film and television acting. Rose often joked that her lung cancer was a precious present from her mother.

Rose battled with lung cancer for a long time in her late years. She succumbed to the malignant disease on April 26, 1970, in Los Angeles. She was survived by her only son. She was buried at the Inglewood Park Cemetery in California.

Gypsy Rose Lee was inducted into the Hollywood Walk of Fame. Several musical bands have composed songs in her honor in the US. The musical group the distillers produced an album in 2000 with the song Gypsy Rose Lee. Other bands like Tony Orlando and Dawn composed a memorial song in her honor in 1973. The Seattle Theater Writers founded the Gypsy Rose Lee Awards in remembrance of her input in the theater industry. They awarded the first prizes to performing actors in January 2012.