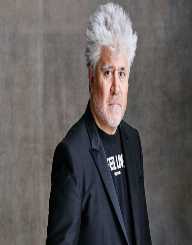 Pedro Almodovar is a Spanish film writer, director, and producer who is considered the father of film making in the post-Francisco Franco era. His films are critical of the daily issues that are profiled as taboo topics.

Pedro Almodovar was born in Castile-La Mancha Spain on September 25, 1949. He grew up in the remote village of Calzada de Calatrava. In 1957 his parents relocated to Extremadura to escape the dire poverty in the rural village. His father Antonio Almodovar started a small business. He operated a gas filling station. His mother Francisca operated a wine selling enterprise. He attended a local elementary school.

He discovered his passion for arts and drama at his elementary school. He participated in several writing competitions, winning one. In1959 he won an essay competition with his story about the immaculate conception of Jesus Christ. After that, he went to a Roman Catholic high school. Almodovar often differed with his father over his career path. While he wanted to study film and arts, his father wanted him to pursue banking. In 1968, Almodovar graduated from high school.

He left Extremadura for Madrid soon after graduation against the wishes of his father. Almodovar wanted to study film making at the National School of Cinema. Without finances to support his tuition fees, he resorted to finding work. He started off with selling several items at a busy Madrid market. His dream was cut short after the cinema school was closed under the orders of the Spanish dictator Francisco Franco.

In 1970 Almodovar got a full-time job at Telefonica, the Spanish telecommunication company. He worked at the company rising through the ranks from a junior clerk to an administrator. Almodovar managed to buy a small recording camera. He left the company in 1981.

Almodovar joined a local theater group called Los Golidardos. He started honing his skills on film production with his Super-8 camera. For four years he experimented with various short films. In 1980 he produced his maiden feature film Pepi, Luci, Bom and the Other Girls like Mom. He did another feature film Labyrinth of Passion in 1981. Almodovar did his first major film in 1986. He produced the film, Matador. This was followed by another film in 1987, Law of Desire. He did other films touching on taboo topics like sex; homosexuality and other gender-based violent behaviors.

In 1983 he produced his first major film on the church. In the film Dark Habits, Almodovar took his career to a new twist. He explored the heinous acts within the Catholic Church. He narrates how a group of nuns is addicted to narcotics. To maintain their supply, the nuns fleece the congregants of money through stage-managed miracles. His other attack on the church was in the 2004 film Bad Education. Almodovar dealt with the controversy surrounding alleged sexual abuses perpetrated by the Catholic clergy.

In 1988 Almodovar changed his theme to feminism. His film Women on the Verge of a Nervous Breakdown got a wider view than previously anticipated. He became an international star winning several award nominations in France and the US. In 1990 he went back to his sexist theme. He produced the film Tie Me Up, Tie Me Down. The film was rated negatively in the US. Despite the rating, it still got a wide viewing within the theater lovers.

In 1999 he released the film All About My mother. This was his first major conservative film. It was devoid of sex and violence, characteristic of his other productions. Almodovar serialized a woman’s desperation in the wake of her son’s death. He won major film awards with this film.

He runs a film company El Deso SA, he co-founded with his brother. Almodovar still does his production using local themes in the daily lives of the Spanish people.

He has attracted both fame and criticism in equal forces. Women rights activists accuse him of being a male chauvinist through his films. The church chastised him for his attacks on its establishments. The church attacked his morality since Almodovar is gay. In other Spanish quarters, Almodovar is accused of being out of touch with the Spanish societal morals.

Despite the negative popularity, Almodovar has immense followers who appreciate his boldness in tackling emotive issues in society.

Almodovar has maintained his controversial but educative films throughout his career. He still maintains the authenticity of his theme choices when making the films. His comic humor coupled with the taboo topics has won him a wide audience in the film industry.