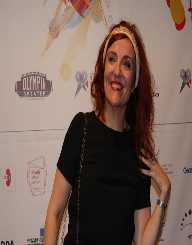 Elvira Lindo is a Spanish writer who is best known for her children’s books.

Elvira Lindo was born on 23 January 1962 in the Spanish city of Cadiz. Her parents are Antonia and Manuel Lindo. Lindo moved around throughout Spain during her childhood because of her father’s job. Her father was an auditor for the Spanish construction company, Dragados y Construcciones. At the age of twelve, the family settled in Spain’s capital city, Madrid. Lindo studied journalism at the Complutense University of Madrid. The University is a public research university and one of the oldest in the world having been founded in 1293. Lindo did not complete her studies and failed to obtain a degree. Instead, she went to work in the media.

Elvira Lindo worked in television and on the radio. Her true passion though was writing. Her greatest success was the creation of the character, Manolito Gafotas. Manolito Gafotas is the main protagonist in many of Lindo’s novels. She based him on a character from one of the radio shows she had worked on. He is a young Spanish boy from the working class district of Madrid, Carabanchel. Lindo first created him for a weekly show on Spanish national radio for a show she worked on. The real success of the character came in 1994 when Lindo wrote her first book with Manolito Gafotas. Between 1994 and 2002 Lindo would release a further six books in the Manolito Gafotas series. The books were adapted into two films, the first released in 1999 and the second in 2004. A TV series was also produced based on the books.

In 2012, Lindo returned to ManolitoGafotas after a ten-year break and released, Mejor Manolo. Lindo also worked on comedy sketch scripts for Spanish television and often appeared in shows. 1996 saw Lindo write her first play titled, The Law of the Jungle. The same year Lindo released her first children’s book focussed on the character, Olivia. Olivia would be the subject of seven books by Lindo. Lindo has been a prolific screenplay writer and has acted in a number of the films she has written for. Her first screenplay was The First Night of My Life, which was shown in her native Spain, Italy, Argentina and the United States of America. Lindo has also written some novels aimed at adults. She began working for the Spanish language paper El Pais in 2000 and writes two articles a week.

Lindo married fellow Spanish writer Antonio Muñoz Molina in 1994. They have a son, Miguel S. Lindo, together. They live in New York, where Molina works as the director of the non-profit Cervantes Institute in New York, which promotes the Spanish language and literature worldwide. Lindo adapted one of her husband’s novels, Plenilunio, into a screenplay.

Lindo won the National Award for Children’s and Youth Literature in 1998. She has also been recognized for her novels, winning the Biblioteca Breve Award in 2005.