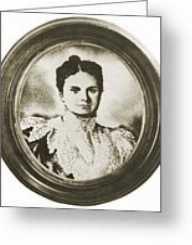 Emily Warren Roebling was born on September 23, 1843, in Cold Spring, New York. She was born to Phoebe Warren and Sylvanus who was a state assemblyman and town supervisor. She was brought up alongside eleven siblings. She was curious to learn and pursue a formal education at a young age. She attended a convent school located in Washington. She was very close with her brother, Warren Gouverneur who supported her in her studies.

Gouverneur later graduated from the United States Military Academy at West Point. He was appointed a corps commander in the Union Army. Emily Warren Roebling met and got married to Washington Roebling who was an engineering officer on his brother’s staff. John Roebling, Washington’s father, designed the Brooklyn Bridge. She travelled to Europe with her husband to study the use of caissons for the bridge when John started working on it. John later fell very ill, and so he appointed Washington in charge of the project. After his father died, he took over the project and started working on it. He later developed Caisson disease that left him bedridden.

Emily Warren Roebling took up the responsibility of fitting her husband’s shoes by working on the bridge. She was intelligent as she had known about the construction of bridges. She later read a lot on the topic of constructions of bridges to understand all the engineering behind it. He gained knowledge of cable constructions, the strength of minerals and stress analysis. She took up most of the duties of a chief engineer. She planned the continuance of the creation of the bridge alongside her husband. She also dealt with politicians who were associated with the construction of the bridge.

In 1882, Emily Warren Roebling became the first woman to formally address the American Society of Civil Engineers as she had now become the spokesperson on behalf of her husband. The Society questioned the ability of Washington to finish the bridge, but with the help of his wife, he was retained as chief engineer until the completion of the Brooklyn Bridge in 1883. After the completion of the bridge, Emily became very active in organizations such as the Relief Society and the Daughters of the American Revolution. She was also a member of the Board of Lady Managers for New Jersey at the World’s Columbian Exposition. In 1899, she received a certificate in business law from the Woman’s Law Class at the New York University. She lectured and travelled a lot until her death.

In 1865, Emily Warren Roebling got married to Washington Roebling with whom she had a son. She died on February 28, 1903 at the age of sixty. She loved travelling a lot, and she did not stop learning new things until her death.