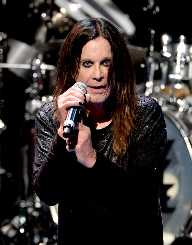 British singer-songwriter, musician, and actor John Michael Cozy Osbourne were born on December 3, 1948, in Aston, Birmingham, United Kingdom. He was fourth among the six children of his parents, father John Thomas Jack Osbourne, a toolmaker in General Electric Company and mother Lilian, a car component factory worker. Among the five siblings of Osbourne, three were his elder sisters, and two were his younger brothers. His family was of humble means and lived in a small two bedroom flat. He acquired the nickname “Ozzy” while studying in elementary school.

Cozy Osbourne had to struggle with several learning disabilities like dyslexia and attention deficit hyperactivity disorder during his school days. He even had to suffer sexual abuse from school bullies in his preteens. His interest in acting blossomed during his school days and he participated in school plays like Gilbert and Sullivan's The Mikado and HMS Pinafore. His love for music and inspiration to become a musician invigorated after listening to the first hit single of the Beatles in his early teens.

Cozy Osbourne eventually became a staunch follower of the Beatles. The 1963 song of the band ‘She Loves You’ motivated him a lot in his quest to become an accomplished musician. He abandoned his studies at the age of 15 and began working in several low-grade, low paying jobs such as apprentice toolmaker, trainee plumber, construction laborer, car factory horn-tuner and even as an assistant in a slaughterhouse.

Soon, he became a juvenile delinquent and started getting involved in petty crimes like theft and burglary. He had to face the ire of the law and order machinery of the state after being convicted for committing burglary in a clothing store. His father refused to pay the stipulated fine to teach his ward a lesson, and as a result, he had to spend six weeks of imprisonment sentence in Winson Green Prison.

Upon his release from prison, Cozy Osbourne started singing in several local rock bands. In 1967, he served the newly formed rock band ‘Rare Breed’ as a vocalist. The band was dismantled only after two shows. Cozy Osbourne eventually teamed up with guitarist Tony Iommi, founder of Rare Breed band Geezer Butler and drummer Bill Ward of Mythology band and formed his first rock band ‘Earth’. They changed the band’s name to ‘Black Sabbath’ in August 1969 as there was another band with the name ‘Earth’.

They developed their style of music heavily relying on the blues style of music with an enormous proportion of magnification and a paranormal overture in their lyrics. The band released their first self-titled album in February 1970 through Vertigo Records.

The prominent tracks of the album include the likes of ‘Evil Woman’ and ‘The Wizard’, the title track. In spite of the album garnering negative reviews from the critics, commercially it became a huge success. It climbed to the Top 10 in the United Kingdom and reached No. 23 position on the American album charts. Buoyed by the enormous success of their debut album, Black Sabbath released their second album ‘Paranoid’ in September 1970. The album consists of songs mainly with seminal metal themes such as the title track ‘Paranoid’, ‘Iron Man’, ‘War Pigs’, and ‘Fairies Wear Boots’.

The popularity of these songs made them the signature songs of the band. The album made it to the top in the U.K. chart and climbed to the No. 12 position in the United States.

Black Sabbath went on to release albums every year throughout the mid-1970s except only in 1974. In 1971, they released their third album ‘Master of Reality’. This time, the album reached to the Top 10 in both United Kingdom and the United States. Deviating from their heavy metal style of music for the first time, the band included some songs with acoustic sound in the album.

Their next album, the fourth one, ‘Black Sabbath Vol. 4’, was released in September 1972. Critics rejected the album once again. However, with stupendous commercial success, the album was certified Gold in less than a month.

The album became the band’s fourth consecutive release which recorded a minimum sales figure of one million copies in the United States alone.

The fifth album of the band ‘Sabbath Bloody Sabbath’ was released in November 1973. In a reversal of fortune for the first time, the album was applauded critically. With a record sale, the album registered its fifth consecutive Platinum status in the United States.

The tracks that were responsible for the immense popularity of the album include heavy metal classics like ‘After Forever’, ‘Sabbath Bloody Sabbath’, ‘Sweet Leaf’ and ‘Snowblind’.

The success story of Osbourne and his band took a U-turn after the release of their sixth album ‘Sabotage’ in 1975. It failed to replicate the earlier five successes of its predecessors.

The reversal of fortunes witnessed by the band since the release of their sixth album ‘Sabotage’ in 1975 had many inherent reasons. Firstly, the band was compelled to cut short their subsequent promotional tour due to an injury suffered by Cozy Osbourne in a motorcycle accident.

Secondly, the band members particularly Osbourne himself were indulging themselves in the progressive use of alcohol and drugs heavily. With a steadily declining fan base and successive failure of their albums both in 1976 and 1979,

Cozy Osbourne was finally expelled from the band due to his numerous conflicts with other members of the band and his regular drunken antics during their live performances while on tour.

In 1981, Osbourne started his solo career with his maiden solo album ‘Blizzard of Ozz’. The album received commercial success and became multi-platinum in the United States.

Following the initial success of his solo career, he went on to achieve newer heights and add more glory to his successful yet controversial career releasing hit albums on a regular basis.

Cozy Osbourne married Thelma Riley in 1971 and adopted her son Elliot Kingsley. They together had two more children. Their marriage ended in divorce in 1982 due to his alcohol and drug abuse.