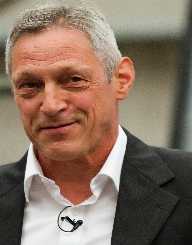 Allan Wells was born on May 3, 1952. He is a former British track and field sprinter. He won the 100m in the Olympics in Moscow in 1980. He won and became one of the only three British athletes to win the prestigious event. He also became the IAAF Golden Sprints and IAAF World Cup gold medallist in the same year he won in the Olympics. He has three European Gold Medals to his credit. He was interested in athletics since he was a teenager. He has a lot of sprint successes to his name.

Allan Wells was born on May 3, 1952, in Edinburgh, Scotland. He attended the Fernieside Primary School for his early education. He later went to Liberton High School. At the age of fifteen, he dropped out of school to pursue an engineering apprenticeship. He was interested in athletics from a young age as he was a triple and long jumper. In 1970, he won the Scottish Junior triple jump title.

Allan Wells went back to athletics at the age of twenty four after completing his training as a marine engineer. In 1976, he started focusing on sprint events. A year later he won the Amateur Athletic Association’s Indoor 60m title. He also won his first of seven outdoor Scottish sprint titles. In 1978, he won in the UK 100/200 Championships. He then proceeded to the Commonwealth Games in Edmonton where he finished second in the 100m. He, however, won the Gold in the 200m. During the Commonwealth Games, British athletics were going through a low phase that when Allan performed well at the Commonwealth Games, it came as a surprise for the British athletic fans.

In 1979, Allan Wells won the European Cup in Italy, and he also finished third in the 100m. In 1980, he won the AAA’s 100m and proceeded to the Cote d’Azur to complete his preparation for the 1980 Moscow Olympics. At the Olympics in 1980, he qualified for the final 100 where he beat Silvio Leonard of Cuba to win the gold medal. At twenty eight years he became the oldest Olympic 100m champion at that period. He also won the silver medal in the 200m final.

In 1981, Allan Wells had a successful tour in Australia and New Zealand where he won the European Cup 100m. He went ahead to win the 200m in the IAAF Golden Sprints in Berlin and finished second to Frenchman Hermann Panzo in the 100m. In the same year, he won the 100m at the IAAF World Cup in Rome. In the 1982 Commonwealth Games which were held in Brisbane, he won gold medals in the 100m and 200m. In 1983, he won the European Cup title by winning the 200m. During the mid-1980s he suffered from injuries which hampered his career. In 1987, he overcame his health issues when he won the Inverness Highland Games 100/200 double. He retired from the field and became an athletics coach. He is also a systems engineer.

In 1980, Allan Wells was awarded Scottish sports personality of the year. He is a member of the Order of the British Empire and an inductee of the Scottish Sports Hall of Fame. In 2014, Allan and his wife received an Honorary Doctorate of Science from Edinburgh Napier University.

Allan Wells married Margot Wells who was Scottish 100/100 hurdles champion. His wife now works as a fitness consultant. His personal best for the 100m and the 200m which are 10.11 and 20.21 respectively are still Scottish Records. He held the baton from Buckingham Palace in London for the Queen’s Baton Relay for the 2014 Commonwealth Games. He was faced with claims of doping during his athletic career in 2015, but he denied the allegations.