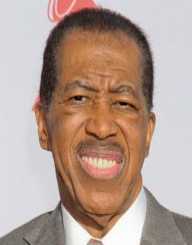 Ben E. King is an American singer-songwriter and producer whose iconic hit Stand By Me has cemented his place in the history of music. He died of coronary problems at the age of 76 on April 30, 2015, at the Hackensack University Medical Center.

Ben E. King was born on September 28, 1938, as Benjamin Earl Nelson in Henderson, North Carolina. At the age of 9, his family relocated to Harlem, New York where he spent his childhood. As a child, King was an active member of the church choir and even formed his musical group in high school called the Four B’s. At the age of 20, he joined the musical group called the Five Crowns in 1958.


King and The Drifters

The Five Crowns group, of which Ben E. King was newly a member of, later replaced the original line-up of another musical group called The Drifters under the instruction of George Treadwell. The Drifters was under the label of Atlantic Records and released their first hit single, There Goes My Baby, in 1959.  From there, they released a string of successful tracks such as Save The Last Dance For Me, I Count The Tears, This Magic Moment, and Dance With Me.

He initially only recorded 13 tracks with the group and left the group after a disagreement with Treadwell regarding the compensation and royalties.

King as a Solo Artist

As he left the group, he started using his stage name Ben E. King and released his first track in 1961 entitled Spanish Harlem that earned him a spot at the Top 10 Hits. However, it was his follow-up track, the iconic single Stand By Me, which was released in 1962, that became a timeless hit. Over the years, a lot of artists did multiple covers of the song, from Otis Redding to John Lennon, to Tracy Chapman to Imagine Dragons who performed it as a tribute to the artist in the 2015 Billboard Music Awards.

The song was listed by the Recording Industry Association of America as one of the Songs of the Century and was included in the 500 Songs That Shaped Rock and Roll as named by the Rock and Roll Hall of Fame.

His other hit tracks included Amor, Don’t Play That Song (You Lied), Seven Letters, Young Boy Blues, and Here Comes the Night to name a few.

Ben E. King married a woman named Betsy who he remained married for 51 years until his death in 2015. The couple has three children together and has several grandchildren who survived King upon his death.