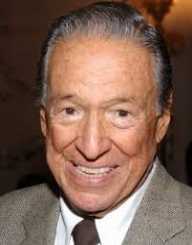 Armas Clifford “Mike” Markkula Jr. is an American business mogul and entrepreneur. Born on February 11, 1942, he served as the second CEO of Apple Computer Inc., during which he invested hugely into the company. Markkula came to the rescue of Apple Inc. at a very critical time when Steve Wozniak and Steve Jobs needed funds for the manufacturing of Apple II. Aside from his investments, he also provided guidance and managerial support to the company.

Businessman Armas Clifford “Mike” Markkula Jr. was born on February 11, 1942, in Los Angeles, California. Though he is Finnish having his first and last names from traditional Finnish names, the United States is where he has spent almost his entire life.

Mike Markkula received both Bachelor and Master of Science degrees in electrical engineering from the University of Southern California. Markkula worked as a marketing manager for Fairchild Semiconductor and Intel. While there, he acquired some stock option, which earned him millions, leading to his retirement at age 32.

Mike Markkula returned from retirement to invest in Apple after Steve Jobs successfully convinced him to support the manufacturing of Apple II. Jobs first met Markkula through Regis McKenna and venture capitalist Don Valentine. Believing in the business module of Jobs, he decided to invest the US $250,000 ($170,000 loan and $80,000 as an equity investment).

His financial support made him a one-third owner and the third employer of Apple. Through his assistance, the company also attracted credit and venture capital. Michael Scott was therefore brought in as the first CEO of the company. From 1981 to 1983, Markulla served as the second CEO of Apple and as chairman from 1985 to 1997.

It was during this period that he gave Jef Raskin the green light to start rollout his 1979 plan to design what became the Macintosh. He also helped the company achieve an incorporation status.

As a trained engineer, Mike Markkula had some technical abilities, which enabled him to write a number of early Apple II programs and tested the beta for Apple hard and software. Markkula wrote one of the first three programs for Apple III.

Apple III was, however, a failure. In 1996, Jobs returned to Apple as interim CEO after leaving the company in 1985. Markulla retired from the company that year.

After his retirement from the Apple Company, Mike Markkula joined Echelon Corporation and also worked at ACM Aviation, San Jose Jet Center and Rana Creek Habitat Restoration. He chairs the Board of Markkula Center for Applied Ethics at Santa Clara University. However, he also invested in Crowd Technologies. He developed a web application called Piggie that functions by the wisdom of crowds to stock market predictions and also an investor in LiveCode Ltd. in Scotland.