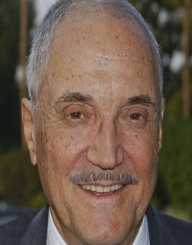 Hal Linden is regarded as one of the most talented personalities around the world. He is not only an American stage as well as screen actor but also an equally gifted director and a musician. He has also been awarded the Tony award for his work in projects like ‘The Rothschilds’ and also in ‘The Gathering.’ From his very childhood, he was considered as an esteemed vocalist who grew with the span of time and also pushed him to highest of success.

Hal Linden was born on 20th of March in the year 1931 in a small village named the Bronx situated near New York. He was born to Frances and Charles Lipshitz who had a small printing shop. He was the youngest of all the siblings in the family. He attended Herman Ridder Junior High School and later graduated from one of the most prestigious Universities in New York, i.e., Queens College, the City University of New York graduating in music.

Hal Linden was always regarded amongst some of the best vocalists adding a pinch of being creative. He developed his creativity in his later years by being a part of a variety of bands. During the WWII, he even joined military musical groups which later changed into an interest in acting after which he also pursued training in the American Theatre Wing.

The career for Hal Linden began as an understudy to Sydney Chaplin in a Broadway, where he played the role of Jeff Moss in a musical named “Bells Are Ringing” in the year 1956. From there he never looked back, his talent gave him the push he needed ultimately. Hal then made Broadways his new home playing various roles and also being an understudy in numerous upcoming Broadway projects till the year 1969.

His best work till date came in the year 1970’s where he made an appearance in The Rothschilds as Mayer Rothschild. It was also a musical depicting the rise of a chronicled Jewish banking family in Germany by focusing on the injustices that were faced by the community regularly. Hal Linden even won the Tony Award for the same role.

Hal Linden had a varied career where he even played substantial roles by giving a chance to TV after already making his appearance in a sitcom and shows like Car 54, Where Are You?. He also played a role in a soap opera by the name of Search for Tomorrow. His best performance on TV was for a show named Barney Miller which made its debut in the year 1974 where Linden shared the stage with some of the legends of that era like Max Gail, Jack Soo, and Ron Carey.

After the completion of the Miller show, Linden made his comeback to the Broadways with I’m not Rappaport, though not wholly leaving the TV aside with also playing some significant roles in numerous movies like Touched by an Angel, Gilmore Girls and The Mindy Project and many more.  He was even a part of Jack’s Place, and The Boys are Back series during the 90’s. During these years, Linden made numerous comebacks to Broadways like in 2001 as a star of The Gathering showing him as a sculptor, who had survived the Holocaust.

Some of his latest works involved his work in a debut album in the year 2011 by the title It’s Never Too Late and then in 2016, where he starred in the new production of ‘The Fantasticks.’

Hal Linden has also been a spokesman representing the Jewish National Fund, which is a position that has been held by him since 1997. Moreover, on one of his performances, he met with a dancer by the name of Fran Martin in the year 1955, with whom he fell in love. Later, he married her in the year 1958, and the couple also had four children from the wedlock. But Martin died in the year 2010.