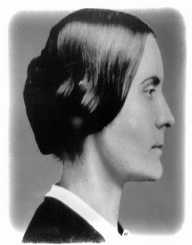 Susan B. Anthony was born on February 15, 1820. She was an American Feminist. She played a significant role in the women’s suffrage movement. She was the President of the National American Woman Suffrage Association. She was also a civil rights activist and abolitionist.

Susan B. Anthony was born on February 15, 1820, in Massachusetts. She was born to Daniel Anthony who was an abolitionist and a temperance advocate and Lucy Read. From a young age, she learnt the values of justice and integrity. At the age of seventeen, she became involved in the anti-slavery movement. She also collected anti-slavery petitions at the same time. In 1837, she discontinued her studies because of lack of finances.

Susan B. Anthony began her career as a teacher at a Quaker boarding school. By 1846, she had already become the headmistress of the female department of the Canajoharie Academy. In 1849, the Academy closed, and so she began working at the family farm in Rochester. She managed the farm for a while before making up her mind to join reform work. In 1851, she met feminist Elizabeth Cady Stanton who became her friend and collaborated with her in their work in support of women’s suffrage. In 1853, at a teacher’s convention, she recruited women to be admitted to the teaching profession.

Susan B. Anthony also called for better pay for female teachers. She spoke in numerous teachers’ conventions claiming that men and women are not intellectually different. In the 1850s she participated on the anti-slavery front. In 1856, she was appointed as an agent for the American Anti-Slavery Society. She was mostly involved in the abolitionist movement than she was in the women’s suffrage. In 1863, she and Stanton organized the Women’s Loyal National League. The League campaigned for an amendment of the United States Constitution that would lead to the abolition of slavery.

In 1868, Susan B. Anthony and Stanton started publishing a weekly newspaper known as ‘The Revolution’ in New York City. The newspaper fought for the rights of women, especially women’s suffrage. In 1868, they founded the National Woman Suffrage Association. They campaigned against the Fifteenth Amendment which did not include women’s rights to vote. Anthony campaigned against the amendment throughout the 1870s and the 1880s.

In 1872, Susan B. Anthony was voted in the Presidential elections. Her voting was considered illegal hence she was arrested. She also worked with Stanton, Ida Harper, and Joslyn Gage in writing the book ‘History of Woman Suffrage’ which was published in four volumes. In 1893, she initiated the Rochester Branch of the Women’s Educational and Industrial Union. She campaigned for women rights extensively even during the 1890s. At the age of eighty, she was invited to the White House by the then Unites States President William McKinley.

Susan B. Anthony never got married as she was committed to fighting for women’s rights. She was very close to feminist Elizabeth Cady Stanton. In 1891, she moved in with her sister after living for a long time with friends and in hotels. She died on March 13, 1906, of pneumonia and heart failure. She died at the age of eighty six. At the time of her death women had achieved suffrage in several places. Women had received suffrage in Idaho, Colorado, Utah, and Wyoming.