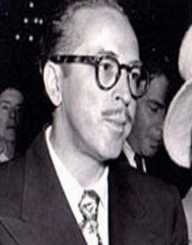 Dalton Trumbo was an American author most famous for boycotting a US Congressional summon for questioning. His actions landed him in jail for contempt.

James Dalton Trumbo was born on December 9, 1905. His parents Orus and Maud lived in Montrose, Colorado. Trumbo studied at Grand Junction High. He joined the University of Colorado from 1924 to 1925. He later transferred to the University of California. His family had relocated westward to California in 1925. His father’s death in 1925 changed the fortunes of the family. Trumbo worked in various places to support his family. He was a night shift worker in a local bakery, among other manual jobs.

During his student days, he managed to write numerous articles and stories. Unfortunately, he never published even a single of them. They were all rejected as controversial.

After graduating from the university, Dalton Trumbo had to endure a dry spell in his career. He finally got his breakthrough in early 1933. His bold gamble in writing paid off. He left the bakery job and started writing articles to various local media houses. The commissions he got impressed him. Trumbo decided to settle into writing entirely. The publicity gave him an appeal from the public.

In 1934, Dalton Trumbo got his book published for the first time. The novel Eclipse got a good reception but was still branded negatively in Montrose. Riding on his success, Trumbo released his second novel in 1939. It was titled Johnny Got His Gun. The book was voted and won a literary ward. It was the best original narration of the year. Trumbo was honored at the American Booksellers’ Award ceremony. He projected strong anti-war sentiments in the book. The views coincided with the advent WW2. Despite the feelings, it was widely acclaimed from the bookstores.

By the time he published Eclipse, Trumbo also ventured into film script writing. The Warner Bros gave him a solid contract in 1935. The following year, he was acclaimed for his film production Road Gang. By the end of the 1930s, he was the topmost paid scriptwriter in Hollywood. He was the first Hollywood writer to earn USD 4,000 weekly. Trumbo was credited with other films. Some of them are Kitty Foyle and Thirty Seconds Over Tokyo.

Dalton Trumbo also worked with other film production houses. After leaving Warner Bros, he joined Columbia. He went to Paramount, then to 20th Century. He lastly settled at MGM in 1937.

His fame as a novelist came with a fair share of controversy. Dalton Trumbo joined the leftist Communist Party and was a vocal supporter. Using his writing productions as his tool, he participated in the propagation of Communist ideas in Capitalist America. The activities were viewed as Anti-American.

He and nine others were summoned to appear before a Congressional Committee. The Hollywood directors were required to expound on their association with the Communist USSR. Trumbo with his nine Hollywood colleagues never honored the summons. Trumbo was sentenced to prison over contempt charges. After serving a year in jail, he came out a depressed person. Trumbo and his colleagues had been barred from any activities in Hollywood.

Being rendered out of employment, Dalton Trumbo relocated to New Mexico in 1947. Ten years later, he returned to Hollywood. He continued to produce films through ghost proxy directors. It was eventually discovered. This brought scrutiny to all Hollywood productions. The last negative impact brought undesired consequences to Hollywood.

Dalton Trumbo was married to Cleo Fincher for 38 years. The couple got married in 1938 and stayed together until Trumbo’s death in 1976. They had three children during their union, Christopher, Melissa, and Nikola.

Dalton Trumbo died in Los Angeles. He was 70 years. His death was occasioned by a cardiac arrest, on September 10, 1976. His remains were given out for research as per his will.

Trumbo was one of the rare breeds of writers who risked their lives to speak up their minds. The articulation of his ideas shook up the status quo. He won numerous writing awards in his lifetime. His films were adapted to the big screens. Posthumously, he was recognized in 1993. His 1953, Hollywood production won a film Academy Award.

In his lifetime, he wrote and produced over 50 films, essays, and novels. This was a milestone considering his blacklisting from Hollywood in the 1940s.