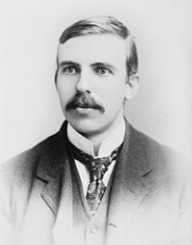 Edwin McMillan was born on September 18, 1907, in California, United States of America. He was born to Dr. Edwin Harbaugh McMillan who was a physician and Anne Marie Mattison. He was brought up alongside his sister, Catherine Helen. In 1908, his family moved from Maryland to Pasadena in California. In 1913, he attended McKinley Elementary School until 1918. In 1918, he attended Grant School until 1920.

In 1924, he graduated from Pasadena High School. Edwin McMillan later joined the California Institute of Technology where he did his BSc in Physics. In 1929, he did his MSc from the same institute. He did research titled ‘An Improved Method for the Determination of the Radium Content of Rocks’ which was published. In 1933, he obtained his Ph.D. in Philosophy from Princeton University.

In 1941, he collaborated with Joseph Kennedy, Arthur Wahl and Glenn Seaborg to come up with element 94 also known as Plutonium. During World War II, Edwin McMillan worked at the Radiation Laboratory at the Massachusetts Institute of Technology on radar research. In 1941, he moved to the United States Navy Radio and Sound Laboratory, San Diego where he worked on Sonar. In 1942, he went to Los Alamos where he carried out research on implosion. His research led to the first atomic bomb. In 1945, he gave out the idea of phase stability. His idea was used in making synchrotron and the synchro-cyclotron. In 1946, he became a full professor at the University of California. In 1954, he became the Director of the Berkeley Radiation Laboratory of the University of California.

Edwin McMillan later became the Deputy Director of the Laboratory. In the same year, he was appointed to serve on the Board of the General Advisory Committee for the Atomic Energy Commission. In 1958, he became the Director of the Lawrence Berkeley National Laboratory. Two years later he became a member of the Commission on High Energy Physics of the International Union of Pure and Applied Physics. In 1968, Edwin McMillan was appointed the Chairperson of the National Academy of Sciences. In 1973, he retired as the Director of the Berkley Radiation Laboratory which came to be known as the Lawrence Berkeley National Laboratory. In 1974, he worked at CERN on the measurement of the magnetic moment of ‘muon.’

In 1941, Edwin McMillan married Elsi Walford Blumer with whom he had three children, Ann Bradford, David Mattison and Stephen Walker. He died on September 7, 1991, in California of diabetes. He died at the age of eighty-three.