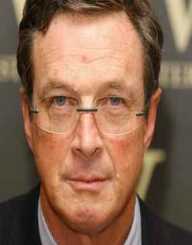 Michael Crichton was born on October 23rd, in 1942. He is best remembered for being an American author. Besides this Crichton received credits for being a creative film director and a screenwriter. As an author, Crichton earned high acclaim following his best-seller novel dubbed The Andromeda Strain – 1969. He passed away on November 4th, in 2008.

John Michael Crichton was born on October 23rd, in 1942. His birthplace was in Chicago, Illinois. His parents Zula Miller Crichton and John Henderson Crichton raised him in Long Island in New York. His father worked as a journalist while his mother was a homemaker.

Right from a tender age, Michael Crichton had begun writing, and by the age of 14, he had a column published in the New York Times.

Michael Crichton first taste of success came after he published The Andromeda Strain in 1969. This work was regarded as a best-seller. Thereafter, Crichton earned high acclaim following the adoption of his work Jurassic Park in 1993. This was a massive hit as the film went on to be credited as one of the bestselling movies of all time.

Michael Crichton has been married five times. His first marriage was to Joan Radam in 1965. This marriage ended in divorce in 1970. He wedded Kathleen as his second wife in 1978 before breaking up with her in 1980. Later, he tied the knot with Suzanna Childs in 1981 and divorced her after two years. His fourth marriage was to Anne-Marie Martin in 1987 which lasted until 2003. His last marriage was to Sherri Alexander in 2005. He had only two children in all his five unions.