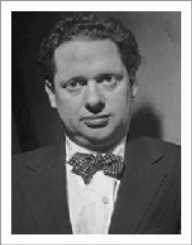 Dylan Thomas was a considerate Welsh poet and author who is famously known for his incredible work such as ‘Do Not Go Gentle into That Good Night’ and ‘Under Milk Wood’ plays. His score of collections comprised the sequence of “Rebecca’s Daughters” and “The Map of Love” poems. He concentrated on writing more in English while aiming at geographical roots, unlike other poets. Yes, he was intelligent but an average level student.

On 27 October 1914 Dylan Thomas was born in Swansea, South Wales to David John Thomas and Florence Hannah. Dylan had one elder sibling called Nancy Marles. Dylan's parents were Welsh native, but they opted to teach their children English.

His father used to recite Shakespeare poems to him and his elder sister, Nancy. His childhood days changed when Thomas was diagnosed with asthma and bronchitis. These were significant ailments that troubled him for the rest of his life.

Dylan Thomas started his formal education at Mrs. Hole’s Dame School. In the mid of 1925, he joined Swansea Grammar School, where Thomas, his father was a senior teacher. Though he was a middle-level student, he loved to read and compose his writings. He was interested in learning about everything that surrounded him.

From his teenage days, Dylan Thomas loved to play with metaphors and rhetorical figures. His thirst for English made him gain more knowledge in English poetry field. In the process, Thomas met with Daniel Jones, and both started to write hundreds of poems.

Early in 1928, he started to write poetries in a small notebook, and he later published in the school magazine for others to read. At 16 Dylan Thomas landed an editorial job and then dropped out of school.

After dropping out of school, Dylan Thomas became a reporter at South Wales Daily Post. He then went to look for greener pastures after leaving his job. That is where he decided to write poems while making ends meet by working at a freelance company. His never give up soul made him venture into both acting and dramatic groups such as Swansea Little Theatre.

Dylan Thomas met with Bert Trick, a poet who inspired him to write more poems. On April he published his first book titled ‘And Death Shall Have No Dominion.’ He followed it up with ‘Before I Knocked,’ ‘Light Breaks Where No Sun Shines’ among others. His last poem ‘The Listener’ was published in 1934.

T.S Eliot and Stephen Spender noticed his work. Both were obliged to work with Dylan Thomas who in return won the Sunday Referee’s Poet’s Corner Prize. These were the very first notes that he had written in his notebooks. Due to frustrations and defeat, Dylan made alcohol his best and closest friends.

Dylan's depression made him return to South Wales where he married Caitlin McNamara in 1937. The couple went to live at Laugharne, Carmarthenshire. He gathered himself up and started to write short stories that he later published in many magazines. His third book titled ‘The Map of Love’ was released in 1939.The book has 16 poems and 20 short stories.

In April 1940 Dylan Thomas published his fourth book titled ‘Portrait of the Artist as a Young Dog.’ The second time his books didn’t return positive reviews just like he had thought. He was forced to eat from his earlier sweat as he continued to intersect his sixth sense. He started to study other people’s works.

Things turned back sour when he began to borrow money from his friends. He borrowed more and didn’t manage to return even a penny. In July 1940 Dylan Thomas left Laugharne.

After the World War I, Dylan Thomas started to write for BBC in 1945. He also hosted several talk shows and poetry discussions. In 1946 he appeared on BBC plays such as ‘Comus’ and ‘Paradise Lost.' In 1950 Thomas went to New York and managed to go round for three years to showcase his artistry.

Though he was successful, Dylan Thomas continued to drink without ceasing. He later returned to England and published two books titled ‘In Country Sleep and Other Poems.' His most popular prose was released in 1950 which included ‘A Child’s Christmas in Wales.' It was considered as a famous work in the 19th century.

From 1934 to 1952 Dylan Thomas was awarded the Foyle poetry prize. He married Caitlin McNamara, and the couple had three children. In 1953 Dylan did his last visit in the US though he relied on inhalers for survival. On 27 October 1953, he collapsed in a New York restaurant while celebrating his 39th birthday.

Due to his previous addiction, Dylan Thomas was admitted to St. Vincent’s Hospital, and died on 9 November 1953.The media report suggested that Dylan had died due to pneumonia that was caused by heavy drinking. He was buried at Laugharne. The Boathouse was later turned into a museum in remembrance of Dylan Thomas memory. Several theatres and monuments were also established in his honor.