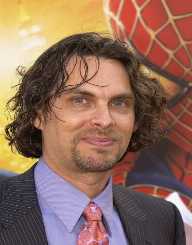 Michael Chabon is an acclaimed American writer with several acclaimed awards to his name. His works are mainly spiced with figurative speeches touching on both canal and Jewish mythology.

Michael Chabon was born on May 24, 1963, in the US capital, Washington DC. His Jewish parents were Robert and Sharon Chabon. The family was well off. Robert was a hospital administrator/ lawyer, while Sharon was a lawyer. His parents divorced when he was 11 years. Subsequently, his mother relocated with him to Columbia, Maryland.

At the age of 10, Chabon got his first try at writing. He got an A in an essay topping his classmates. His writing dream was resolved. After high school, he enrolled at Carnegie Mellon University. He later transferred to the University of Pittsburgh. In 1984, Chabon graduated with a degree in Arts. In 1987, he earned a Master degree of Fine Arts, majoring in Creative writing from University of California.

Michael Chabon wrote his first novel as a degree thesis in College. The book titled The Mysteries of Pittsburgh got the attention of his examiners. One of them sent a copy to a New York publishing agent. The novel fetched Chabon USD 155,000. This was a fortune for a first time writer. It was published in 1988 and became a bestseller at its launch. Chabon became a celebrity.

Following this success, he got a solid contract. His second publication was a collection of short fiction stories. He published A Model of The World and Other Stories in 1991. He took four years to finalize his second novel. In 1995, he released Wonder Boys. This was his second novel. In 1999, he did another compilation of short stories. This time the title was Werewolves in Their Youth. In 2000, he published his third novel, Adventures of Kavalier and Clay. This was a story about two Jewish boys. He won the Pulitzer Award for his efforts.

Riding on his success, Michael Chabon wrote his fourth novel Summerland in 2002. The Yiddish Policemen’s Union was published in 2007. This was his fifth novel. The following year, the novel won the Hugo Award. In 2012, he published the novel Telegraph Avenue. In this novel, Chabon dissected the race relations in America. He has written numerous novels to date. Some of them are Moonglow and In Pops. Chabon has also written children publications. In 2011, he wrote Awesome Man.

Later, he wrote scripts for the screen production, Spider-Man 2. Chabon continues to write and promote literature works in the US. His style of expression has endeared him to many. Jewish readers, contemporary readers, and even gays have embraced his books. He has also been criticised for his gay characters in some of his writings.

Michael Chabon was inducted in the American Academy of Arts in 2012. From 1997 to date, he has won 32 awards from various institutions. Two of his novels have been featured in screen films. His first novel The Mysteries of Pittsburgh had its movie done in 2008, while Wonder Boys had its film produced in 2000.

Michael Chabon first got married to Lollie Groth in 1987. The marriage ended up in a divorce in 1991. According to Chabon, the abrupt celebrity status brought about by his first novel was the cause of the split. He is currently married to his Israeli-American wife, Ayelet Waldman. The couple has four children.

Like most influential writers, he has a strong political stand. Chabon was a strong supporter of Barrack Obama in 2008. He supported Obama throughout his two terms. On the other hand, he is a fierce critic of US President Donald Trump. He was quoted that he wished Trump got a stroke.

He is a practicing Jew and speaks Yiddish. Yiddish is a variation of the Hebrew language. He learned the language from his maternal relatives.

Michael Chabon is a self-made writer. His style of writing is his trademark. Chabon has inspired many due to his articulation of views using metaphors and personal experiences. He has a lot of following due to his diverse audience. His ability to use fiction in expressing real life has made him stand among his peers.

Apart from novels, Chabon has also worked on a number of Disneyland screen productions.