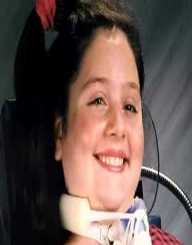 Brooke Mackenzie Ellison is an American politician. Born on October 20, 1978, she is the first quadriplegic to graduate from Harvard University. Ellison was paralyzed from the neck down after being struck by a car at age 11; nonetheless, she went on to accomplish her dreams and has since become an inspiration to many others

Her autobiography Miracles Happen: One Mother, One Daughter, One Journey was published in 2002. In 2006, she unsuccessfully contested for New Year State Senate on the ticket of the Democratic Party after incumbent and Republican candidate, John Flanagan, defeated her.

Brook Mackenzie Ellison was born on October 20, 1978, in Long Island New York to Jean Marie and Edward Ellison. On September 4, 1990, while returning home from her first day at Junior high school, the 11-year-old Ellison was knocked down by a car. The accident led to her being paralyzed from the neck down. This resulted in her being completed depended on others for everything.

Nonetheless, the high spirited Brooke Ellison believed she was down but not out. She continued her education graduating from Ward Melville High School in 1996. With her high schools on her College Board entrance exams, she enrolled at Harvard University.

Brooke Ellison worked with director James Siegel to create the documentary “Hope Deferred” in 2005. The documentary aims at educating the public on embryonic stem cell research. She has made television appearances as a motivational speaker. Alongside her mother, she published the autobiography; Miracles Happen, One Mother, One Daughter, One Journey in 2002.

She is the subject of the film The Brooke Ellison Story, 2004 directed by a quadriplegic, Christopher Reeve.LaceyChabert and Venessa Marano played Ellison’s character. She is a member of the advisory board of the Genetics Policy Institute. She served on the board of directors of the National Organization on Disabilities.

Brooke Ellison is a member of the Democratic Party. In 2006, she contested on the party’s ticket for New York State Senate. She was, however, defeated by the incumbent and Republican candidate John Flanagan.

Brooke Ellison received an honorary doctorate in a humane letter from the Rutgers University in 2004.