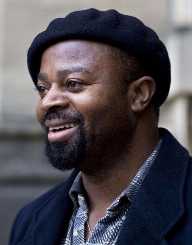 Ben Okri was born on March 15th, 1959 in Minna, Nigeria. Okri is famous for his writing as a novelist and a poet. Some of the first novels that he wrote are Flowers and Shadows-1980 and The Landscapes Within-1981. During the 90s, he again wrote another novel which earned him Booker Prize. This novel was called The Famished Road- 1991. Recently in 2014, Okri was bestowed with an honorary doctorate from University of Pretoria. This award was meant for the influence that he brought into the world of literature.

Ben Okri was born on March 15th, in 1959. His father was one among the Urhobo people in Nigeria which also meant that Okri was from Uhorobo. His mother was from a different community called Igbo. Okri’s father was called Silver whereas his mother was named Grace. When Okri was still a young child, the family migrated to London. This was a move that would ensure he could easily study for his law degree. Soon, Okri enrolled for his early education at Peckham located in South East London.

Later on, in 1968, the family again moved to their home country. Okri began practicing law in Lagos. What made him different as a lawyer was his compassionate heart. He offered his legal assistance for a discount to those that were not in a position to afford.

By the time Okri was 14 years old, he had developed an interest in writing. This is something that he believed that it was a calling. His main area of focus for his writing was political and social issues. Sources claim that his early writings never got the chance to be published. With time, he switched to short stories that began to be published in women’s magazines and other evening papers. Some of these writings bore critics to the government. Okri was placed on a wanted death list in the country and therefore had to flee for his safety. He shifted back to England in 1978 and went on to study literature at the Essex University. A series of unfortunate events occurred during his second trip to England. This left him homeless and depended mostly on his close friends. Nonetheless, on the bright side, his desire to write grew each day through the sufferings that he was going through.

When Ben Okri clocked 21 years old, he published his debut novel, Flowers, and Shadows. This was a game changer for him as he landed several jobs after this publication. First, he was given an opportunity to work as a poetry editor for the West Africa magazine. It took him three years here from 1983-1986. During this time, he also contributed to the BBC World Service for two years from 1983 to 1985.

It only took the talented young Okri to publish once, and he was regarded as one of the best writers in Africa. This was only after his first publication was out. His career turning point came with the publishing The Famished Road. This book was classified as one of his best literary work. He earned the Booker Prize in 1991. After this, he released other books such as Songs of Enchantment-1993, Astonishing the Gods-1995, Dangerous Love-1996, Infinite Riches-1998 and The Age of Magic-2014.