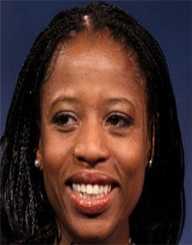 Mia Love is the first black female Republican Congresswomen in the US. Mia Love is a demonstration that the American dream of opportunities is true.

On December 6th, 1975 was a born a female Love, in Brooklyn, New York. Her parents, Jean Maxine and Mary Bourdeau, were immigrants from Haiti. At birth, her name was Ludmya Bourdeau. She was one of the three children of the Bourdeaus. The other two children were left in Haiti, due to immigration inhibitions. The two children were later reunited with the family in the US.

In 1980, the family moved to Norwalk, Connecticut from New York. Mia Love went to Norwalk High School. In 1998, she graduated from the University of Hartford with a degree in Music and Fine Arts. After college, she moved to Saratoga Springs, Utah. She worked at Sento Corporation, Echopass Corporation, and Continental Airlines.

Mia Love got into community politics as soon as she settled in Utah. As a community organizer, Love managed to spearhead several civic campaigns. She quickly got nominated as the community spokesperson in Saratoga Springs. Five years after settling in Utah, Love decided to run for elective office. In 2004, she was elected to the Saratoga City Council. She took office as the first Haitian American elected in Utah.

In 2010, she defeated Jeff Francom for the seat of mayor of Saratoga City. Love was the mayor of Saratoga Springs from 2010 to 2014. As mayor, she managed to steer the city out of financial turmoil. Love raised taxes reduced the budget expenditure and cut off a number of non-essential city staff.

Spurred on by her success as mayor, Mia Love ran for Congress in 2012. Love won the Republican primaries with a convincing majority. She eventually lost the Congressional seat to Democrat candidate Jim Matheson. Significantly, she got the political publicity she needed. The then-Republican Presidential candidate Mitt Romney endorsed her candidacy. Love also got overwhelming support from Republican politicians. Some of them were Majority leader Eric Cantor, and House Speaker John Boehner. She also gave a keynote speech at the 2012 Republican Convention.

In 2014, Love contested and won the Congressional seat. She trounced Democrat Doug Owens. This was an open seat left by the retiring Jim Matheson. Love became the first Republican black female to be elected to Congress. She successfully defended the seat in 2016. In the November 2018 Congressional elections, Love will be defending the seat against her perceived closest rival Democrat Ben McAdams.

Mia Love is a member of the Black Congressional Caucus. In her early years of campaigning, she had called for its disbandment.

Mia Love has diverse views on different issues. Love has always stated that she will fight for the sanctity of the family. She is an anti-abortion campaigner. She has opposed any attempts to legalize abortion. Love has been openly condemned same-sex marriages.

Love supports the repealing of the Affordable Healthcare Act. The act is popularly known as Obamacare. She has attracted criticism on her stand on education. Love has been a proponent of the abolition of government spending on public schools. She supports government cuts of public expenditure.

Mia Love also differs sharply with President Trump’s stand on immigration. She supports the rights of immigrant parents living in the US to reunite with their children. Love agrees on the tightening of US borders to bar illegal immigrants.

Mia Love converted to a Mormon after she got married her husband. Initially, she was a Roman Catholic. She got married to Jason Love in December 1998. The couple has three children. They are Aleesa, Abigail, and Peyton. The children attend school in Utah.