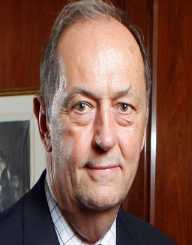 Bill Bradley is a former NBA basketball player and politician. He served as a New Jersey Senator in the US Senate.

William Warren Bradley or Bill Bradley was born in Missouri on July 28, 1943. He is the only child in the family of Warren and Susan Bradley. He attended Crystal City High School in Missouri from 1959 to 1962. He later joined the prestigious Princeton University in New Jersey in 1963. Bradley graduated from the university in 1965 with a degree in History. He got his master’s degree from Oxford University in 1967. He served briefly in the US military for half a year in 1967.

He started playing basketball at a tender age. He grew up in Crystal City with more privileges than his neighbors. Bradley was constantly shunned by other children in the neighborhood. He found an identity among his peers by playing basketball. Towering in height above his contemporaries, Bradley became a regular player at Crystal City High. He was 6 feet and 5 inches tall by the time he joined high school. He joined the first school’s first team in his first year. Coach Popp was resented for the decision. Bradley soon proved himself on the court. He led his school to the state finals four times and was nominated to the All American list twice. In 1964 he led the US team to win the gold medal in the Olympic Games held in Tokyo, Japan.

At Princeton University, he led the varsity team to win the Ivy League three times in a row. He managed to propel his team to the third overall spot in the National College Athletic Association standings. He also broke history by becoming the first person to score 58 points in an NCAA game.

In the mid-1967, Bradley joined the NBA as part of the New York Knicks team. Highly rated in the picks, he got one of the best pay in rookie history. Bradley earned the nickname Dollar Bill. He was relegated to the role of assist player in the star-studded team. He won the NBA titles twice in 1970 and 1973.

Despite his young age and huge pay, Bradley lived a modest life. He avoided the extravagant party life of his colleagues, spending his time on community service. He retired from the basketball court at the end of the 1976/7 season.

He turned to politics in 1977. Defying his critics, Bradley brushed off the lack of political experience. He joined the Democrats, even though his parents were Republicans. In 1978 he successfully ran for the New Jersey State Senatorial seat on a Democrat ticket. He was sworn in the following year. At the age of 35, he became the youngest Senator in Congress. Bradley served from three consecutive terms until 1996.

As the New Jersey Senator, he focused his strength on social welfare matters. He secured medical benefits for women, children and marginalized people in America. He fought for better race relations in the US. Bradley encouraged the revising of austerity policies towards the developing countries debts. He championed for the implementation of better tax policies to cushion the poor. He played a major role in the legislation of the 1986 Earned Income Tax Credit. On the foreign front, he encouraged better relations in dealing with the Soviet Union during the Cold War.

In the late months of 1999, Bradley declared his interest for the Democrat ticket for the US Presidential elections. He campaigned on a platform of service to the nation. Bradley put across the face of a dedicated worker and a leader of high moral standards. In early 2000 he withdrew from the race that was worn by the incumbent Vice President Al Gore. Al Gore eventually lost to Republican candidate George Walker Bush in the most contested presidential elections in US history.

After exiting from politics, Bradley went into private business. He became the managing director of Allen & Company, an investment bank based in New York. He also sits in other company boards.

Bradley married Ernestine Schlant on January 14, 1974. The couple has one child. He often appears as a guest anchor on basketball commentaries, reviews, and broadcasts.

Apart from basketball and politics, he is also an actor. He appeared in The Cosby Show in 1984. In 2005 he appeared on The American Ruling Class. Then in 2012, he acted in The Reagan Presidency.

Bradley is a double Hall of Famer for his exploits in basketball. He continues using his celebrity status to help the underserved in society.