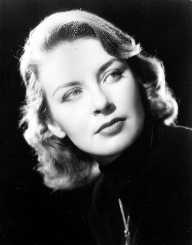 Joanne Woodward is an Academy Award Winning Actress and the wife of deceased actor Paul Newman. She is most famous for her triple role in the film “Three Faces of Eve.” In her long career, she has done a variety of roles with the dedication that comes only from a serious & talented actor.

Joanne Woodward was born as “Joanne Gignilliat Trimmier Woodward” on February 27, 1930, to Elinor and Wade Woodward. Her birthplace is Thomasville, Georgia. Named after the famous actress, Joan Crawford, Woodward’s mother groomed her from an early age, to become an actress. Even though her father did not approve of her choice to become an actress, with her mother’s support, she showed signs of a promising career.

As a child, Joanne Woodward went to Marietta High School. Following her parents’ divorce, she attended the Greenville High School in South Carolina. While at Greenville, she entered and won many beauty pageants. She also did theatre before moving to New York to become an actress.

Joanne Woodward’s career began with an appearance on the TV series ‘Robert Montgomery Presents’ for an episode titled ‘Penny’ in 1952. Before this, she had been mostly playing mentally disturbed women in several stage plays. Her first film appearance was in ‘Count Three And Pray’ in 1955.

The 1957 film ‘Three Faces of Eve’ made Woodward a rising star in the acting industry. A year later she was cast opposite her future husband Paul Newman in the movie ‘The Long Hot Summer.’ They appeared in nine more films together including Paris Blues, From the Terrace, A New Kind of Love and more, the last one being ‘Mr. &Mrs Bridge’ in 1990.

Like Newman, Joanne Woodward had a long career. She took to production in the later years alongside her acting. While she appeared in Sybil (1976), Crisis at Central High (1981) and Philadelphia (1991), she was also the co-producer of ‘Blind Spot.’ She also narrated Martin Scorsese’s screen version of The Age of Innocence (1993).

Joanne Woodward’s performance in the 1957 movie ‘Three Faces of Eve’ as Jane, Eve White & Eve Black won her several awards. These included an Academy Award for the Best Actress and a Golden Globe Award for the same.

Joanne Woodward won two Emmy Awards for Outstanding Lead Actress in TV roles, in 1978 for ‘See How She Runs’ and in 1985 for ‘Do you remember Love?’

For her philanthropic works, Joanne Woodward received the Award for the Greatest Public Service Benefitting the Disadvantaged, along with her husband.

Joanne Woodward set up a non-profit organisation together with her husband, Newman. Named “Hole in the Wall Gang Camp,” the non-profit provides financial aid and advice to thousands of children suffering from serious illnesses such as cancer and their families.

Joanne Woodward married actor Paul Newman in 1958. Their marriage lasted for 50 long years until his death in 2008. The couple was blessed with three daughters – Elinor, Melissa, and Claire. Woodward & Newman both remained active in their careers, occasionally acting together.