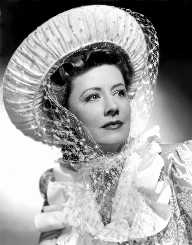 Irene Dunne was an American singer as well as a television and film actress who is known for her excellence and success in Holywood. She has a natural flair for acting that has brought her out in the comedy world. Her comedy and her way of life, as well as her vivacity, are known to be pushing her to succeed. She is known for various comedy scenes as well as different stageplays which have contributed so much to her success. All well know her dexterity and ease.

She is a little bit private with the way she relates to people and possesses a high and outstanding personality. Irene Dunne gave no publicity for her husband or her daughter and yet she was not part of gossip. She hates cheap publicity and always prevents herself from becoming too involved in the industry. To her, living is far greater than acting. Thus, she strove hard to live and not to act.

Her life was brought into existence by her father, a steamboat inspector, Joseph Dunn and her mom, Adelaide Henry. Irene Dunne was born in Louisville, Kentucky on the 20th of December, 1898. There, she lived with her parents before they moved to Madison, Indiana to live with their grandparents upon the demise of her father in 1909. She got trained initially by her mother on piano and learned singing and acting with her numerous encouragement.

She earned a lot of money for her family by singing with the choir at the Christ Episcopal Church. In 1916, she graduated from Madison High School and proceeded to Indianapolis Conservatory of Music where she got her diploma in teaching. Sooner, she got admitted to Chicago Music College with a prestigious scholarship.

In 1921, Irene Dunne became a professional stage singer after she got the mind of the audience as well as a theater company which was auditioning her. At that period, she added an “e” to her name (probably to make it unique). She debuted in a supporting role of Tessie in 1922.

She also acted a full season in the light opera at Atlanta, Georgia. A year later, she went on a tour around the country with her serving as the lead role in The Clinging Vine. It was then that she continued her stage career as a female lead. She played and successfully portrayed the character of Magnolia in Show Boat. Her first role in a film was in Leatherneckingin 1930; it was a movie adaptation of a musical.

She won a nomination for the Best Actress for her role in the film. Sooner, he started acting emotional tearjerkers and later won her second Academy Award nomination for her lead role in Theodora Goes Wild. She showed her natural talent in comedy roles before she got teamed up with Gary Grant for the Awful Truth. As of 1939, she had gotten a hit with her beautiful but popular film, Love Affair. She played a role was nominated again for the Best Actress’ Academy Award for the fourth time.

In 1940, Irene Dunne paired up with Cary Grant for the movie My Favorite Wife. She showed her high skill in a comedy film. She later got a job to act again with Grant in the film Penny Serenade. She became one of the household names in the field of acting by acting Together Again and A guy named Joe. She later won in 1948, her fifth and last nomination with her film I Remember Mama. She retired from movies and comedy business after It Grew on Trees in 1952. Although, she continued to act in television programs after then. Soon, upon her retirement, she got involved in politics and was named a U.S. delegate to UN. She was later elected to be the first woman on the board of Technicolor.

Irene Dunne was married to Francis Griffin who happened to be a New York dentist in 1928. The duo adopted her a daughter in 1938 and named her Mary Frances. In 1990 at the age of ninety-one. Her legacy remains for founding the Irene Dunn Guild which is known to have raised over $20 million till now.