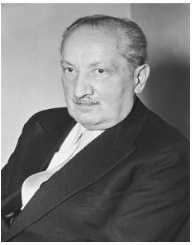 Martin Heidegger was a famous German philosopher. He is known for his theories on existentialism and phenomenology.

MartinHeidegger was born on September 26, 1889, in Meßkirch during the time of the German Empire. He grew up in a religious household, especially as his father Friedrich was the church sexton in their village. The family was not well off, but were able to get by. Heidegger enjoyed outdoor activities including skiing.

Martin Heidegger attended a Jesuit seminary instead of a university because his parents could not afford it. However, he did not stay at the seminary long as the doctor and director could not accept him with a psychosomatic heart condition.

Martin Heidegger was able to enroll in the college of theology at the University of Freiburg through church support. However, he later switched his major to philosophy. By 1914, he completed his doctorate in philosophy with his thesis on psychologism. His post-doctorate thesis in 1916 was on Duns Scotus, a philosopher-theologian of the Middle Ages. By this time he no longer followed Catholicism because of his views in philosophy.

With his post-doctorate qualifications, Heidegger worked without pay as a Privatdozent or private teacher at the university. He also served during World War I, but behind a desk rather than on the battlefield. Martin Heidegger started earning a salary as an assistant to Edmund Husserl at the University of Freiburg. In 1923, he was appointed extraordinary Professorship in Philosophy at the university in Marburg.

In 1927, Martin Heidegger returned to Freiburg to the role as Professor of Philosophy when Husserl retired. While he was sought after by other universities, he remained in Freiburg. That same year, he published his major work Being and Time.

In 1933, Martin Heidegger was elected rector of the university. That same year, he joined the National Socialist German Worker's Party or the Nazi party. He openly expressed his support for Germany under the leadership of Adolf Hitler in print and speech. The next year Martin Heidegger resigned as rector but remained affiliated with the Nazi party until 1945.

After the Second World War ended, the French authorities wanted to prohibit Heidegger from teaching due to his affiliation with the Nazi party. He was not prosecuted for his association and was allowed to return to the University of Freiburg in 1950. Martin Heidegger was promoted to Professor Emeritus and continued to teach until 1967.

Martin Heidegger married Elfriede Petri in 1917. They had a Catholic ceremony, then a Protestant ceremony for her parents. The couple had two sons, Jörg and Hermann. Hermann is believed to be the son of another man. However, Heidegger raised him as his own.

Martin Heidegger is also known to have several affairs, including relationships with students such as Hannah Arendt and Elisabeth Blochmann.

Before World War II started, Martin Heidegger helped one of his mistresses, Elisabeth Blochman, flee the country as she was of Jewish descent.

Martin Heidegger was accused of being a Nazi as he was a member of the party from 1933 to 1945. His work titled Black Notebooks written from 1931 to 1941 contain anti-Sematic statements.

The French military authorities wanted him removed from any teaching post or university affiliation because of his party membership. When he was pronounced a Mitläufer or the second lowest of incrimination categories, he was allowed to resume teaching at the University of Freiburg. The Black Notebooks were published in 2014 and bring back the question of his affiliation with Nazism.