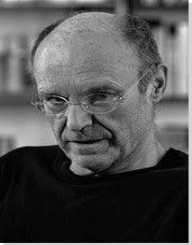 German painter, sculptor, and photographer of international repute, Anselm Kiefer was born on March 8, 1945, in Donaueschingen, Germany. His birth coincided with the last days of the disintegration of the Third Reich. Born to a German art teacher, Kiefer moved to Ottersdorf in 1951 along with his family.

Growing up in war-ravaged divided Germany; he completed his high school graduation in 1965 having attended a public school in Rastatt. He began studying pre-Law and Romance languages at the University of Freiburg. He abandoned his law studies after three semesters and switched over to studying art at Art academies in Freiburg, Düsseldorf, and Karlsruhe.

Anselm Kiefer had the opportunity to study under the tutelage of the famed figurative painter and well-known prime realist Peter Dreher while studying at Karlsruhe. He also studied under Joseph Beuys, a renowned German sculptor, an artist whose works of art focused mainly on conceptualism, during his stay at Düsseldorf.

He earned an Arts degree in 1969 and moved to Düsseldorf for his further studies under Joseph Beuys. Under Beuys, he learnt the use of symbolic photographic images in depicting the 20th-century German history with a touch of satire. In 1971, he moved to Hornbach located in southwestern Germany and opened his studio. He stayed there until 1992.

The volume of work he created during his more than two decades stay there in Hornbach is popularly named as ‘The German Years.’ Most of his work during this time was dedicated to exploring the culture and sensibilities of his native country with an unwavering determination to confront the Nazi legacy.

Beginning his illustrious career as a photographer, Anselm Kiefer always tried to criticize the German culture suffered during the psychopathic xenophobia and holocaust of the Third Reich through his photographs. He arranged to display all such photos mocking the controversial political actions of the Nazi regime through an exhibition named "Besetzungen (Occupations)" in 1969. It was his first solo exhibition.

He was equally conversant in paintings and sculpting as well. He created a new dimension in painting with the use of broken glass, lead and dried plants and flowers. These new additions in painting contributed to the impasto technique of painting and gave an encrusted look at the exterior of the painting canvas.

During his stay at Kunstakademie Düsseldorf, Anselm Kiefer studied and worked under Joseph Beuys and introduced straw, glass, plant and wood parts to his artworks. The resultant fragile and temporary nature of his artworks was in direct contrast with the distinctive subject matter of his paintings. This trend of painting gave rise to the Neo-Expressionist art movement of the late 20th century, and Kiefer became one of the pioneers and prominent figures of such movement.

Almost his entire volume of work dealt with the burden of the Nazi legacy, highlighting the contentious issues of the recent past and addressing taboos. One of his oil and straw canvas painting titled "Margarethe" was created in remembrance of Paul Celan's well-known poem "Todesfuge" ("Death Fugue").

During the early 1980s, Anselm Kiefer created more than 30 paintings, watercolor and painted photographs symbolizing the poem in the title and inscriptions of these works of art. He switched over to portray emerging stone structures between 1980 and 1983 with particular importance on the structures designed by Albert Speer and Wilhelm Kreis.

Gradually, the focus of his painting shifted towards the developmental history of art and culture. He included the themes of kabbalism (mysticism), occult symbolism and theology in his work of art with a definitive leaning towards sculpture. From the ancient Egyptian and Hebrew history to the universal myths of existence, Kiefer’s work embraced a variety of theme-based topics and put a strong foot forward towards versatility.

In 1992, Anselm Kiefer left Germany and immigrated to France. He enthralled the world with his larger than life paintings of the cosmos and vast landscapes. He also started contributing more and more time towards sculpting though painting always remained his favourite medium.