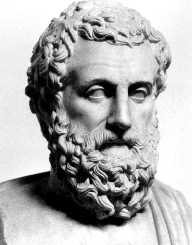 Without leaving any unfilled gaps, Aristotle was a prolific philosopher and a Master of Science and medicine. Allow us to call him “Mr. knows it all.” Although most of his works didn’t survive to tell it all, he’s still an icon as it is yet seen in his writings.

The Greek Philosopher was born in 384BC in Stagira, Greece. He was lucky to grow up as the peer of the realm just like his father, Nichomachus who served as King Amyntas doctor. While growing up, Aristotle fell in love with anatomy and nature. He seemed to have followed his father’s footsteps. In between, his father hired tutors that trained him a myriad of subjects. He learned Greek, mathematics, and philosophy.

At 17, he attended platonic education where he studied both arts and culture. There he learned initial training. He first started as a student, and then went on to teach mathematics and philosophy.

Aristotle left the Academy around 347BC. It was then that he relocated to Turkey and afterwards to Greece. He tied a nuptial knot, and he proceeded with his works including the Reproduction of Animals and The Natural History of Animals.

As he was grooming his nature and anatomy skills, he knew how the world should be in the coming years. At his own free time, he loved to make in-depth observations as well as recording and taking notes. His finding and researches went as far as dissecting animals to increases his anatomical research. His belief was entirely different as that of modern philosophers who depict everything with intellectual capabilities.

Throughout his life, he spent most of his life expanding more about biology. It isn’t a doubt that he was the very first person to group different types of wildlife and living things. He preferred to make a drawing of the chosen species as well as trying to determine its function and how the organs work. His discoveries were quite impressive.

It all started in 343 BC where Phillip II of Macedonia requested Aristotle to serve as a tutor and teach his son, Alexander. Aristotle spent the rest of his life teaching Phillip’s son different subjects including logic, philosophy, and mathematics. As he continued to learn major things from Aristotle, Alexander conquered the world where he became to be known as Alexander the Great.

After the end of his tenure with Alexander, the great philosopher went to Athens where he began his philosophy school. He taught subjects like politics, public speaking, physics, logic, and philosophy.

At some point, Aristotle came up with incredible works that are still known to date. Major ones include Syllogism which is a reasoning type of study, five elements explaining earth, air, water, and fire. He even proposed the fifth element called aether (planet and stars). Astronomy was another study that demonstrated how the earth works in general.

In a bid to teach Alexander the Great, King Phillip promised Aristotle to free the inhabitants which acted as a reward. Sources suggest that some of Aristotle findings weren’t that accurate. For instance, he believed that the heart played the role of intelligence other than the brain. He also suggested that a goat can either be a male or female depending on the winds blow.