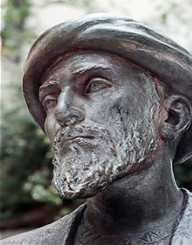 Rabbi Moses ben Maimon was born on March 30th, 1135. He was famously known as Maimonides. He was a Jewish philosopher of the Middle Ages. Aside from this, people admired him for being a physician and a Torah scholar. His contributions to Jewish law also earned him high acclaim from all over. Other nations that looked upon him and gave him his respect were in Yemen, Iraq, and Spain.

Rabbi Moses ben Maimon AKA Maimonides was born on March 30th, in 1135. His birthplace was in Córdoba, Spain. Maimon, his father, was also a Torah scholar. Maimonides interest in philosophy began when he was still young. Besides this, he also loved studying science. Growing up, he fancied the idea of going through early Greek philosophies that were in the Arabic language. Additionally, he spent some time learning more about Islamic culture. Later on, historical scholars argue that this formed a basis for his extensive legal thought.

Maimonides’ most notable works were completed in the temporary residential places that he used to live in. Others had to be completed during his voyages. In 1148, the Almohads took control over Córdoba. This had a huge influence on the entire Jewish community. For instance, they were obliged to convert. Others were coerced to put on humiliating clothes that would make it easy to identify them. As a result of this, Maimonides’s family had to relocate. In spite of this, his family was forced to convert.

Over the subsequent years, Maimonides moved from place to place throughout Southern Spain before finally settling down in Fes, Morocco. After settling down, he enrolled at the University of Al-Karaouine where he spent some time studying. Shortly after, together with his family, he moved further to the Holy Land. After that, they went on to settle in Egypt in a place called Fostat. At some point, he joined Yeshiva where he also studied for a short period.

During the early 1170s, Maimonides became the leader of the Egyptian Jewish community. This came about after his efforts that were highly appreciated in helping release Jewish slaves from crusaders.

Maimonides tied the knot with Mishael ben Yeshayahu Halevi’s daughter. The two were blessed with one child in their relationship.

Maimonides passed away on December 12th, 1204. He died in Fustat.