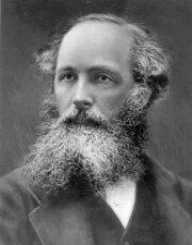 Wilhelm Weber was born on October 24th, in 1804. He was a celebrated German physicist who earned high acclaim after discovering the electromagnetic telegraph. This is a discovery that he made alongside Carl Friedrich Gauss.

While in Halle, Weber joined Orphan Asylum and Grammar School. Years later, he joined the university where he specialized in natural philosophy. He also took a doctorate and later became a Privatdozent. This followed with his appointment as Professor Extraordinary in his natural philosophy subject in Halle.

Wilhelm Weber after that earned himself a job as a physics professor at the University of Göttingen. This was after Carl Friedrich Gauss had recommended him for the position. He was only 27 years old at this time and that his students found his lectures exciting and engaging at the same time. According to Weber’s judgment, sheer lectures in class were insufficient to make physics applicable in real life. As such, he often encouraged his students to experiment regularly at the university’s laboratory.

Over the coming six years while tutoring at Göttingen, he spent more time working with Gauss. Accordingly, they published many informative papers. Their first publication called Intensitas vis magneticae terrestris ad mensuram absolutam revocata was released in 1832. This work brought to light the absolute units that could be used in the measurement of magnetism. Their work was regarded as a success thanks to the magnetic instruments that were initially instigated by Weber.

In 1833, together with Gauss, Wilhelm Weber came up with the Göttingen Magnetische Verein which was a project that aimed to measure the way in which the earth’s magnetic field fluctuates. This was a project that was highly supported by Alexander von Humboldt. Many instruments were devised by Weber to aid in the success of the project.

During the same year, the pair again joined hands in devising a telegraph line that was 9000 feet long. The machine operated on battery at first, but later on, they advanced to power using electric current in 1834. The machine was thoroughly efficient in 1836 and worked all through to 1842. Wilhelm Weber and Gauss had published a couple of papers from 1837 to 1843. In the beginning, most of the documents being released were authored by Gauss. This however changed as they began publishing papers from varying centers.

Wilhelm Weber was highly recognized for the work he did alongside Rudolph Kohlrausch. Their work focused on finding the ratio between electrostatic and electrodynamic units of charge. Their work was publicized in 1856. Their work also proved to be fundamental in the expansion of Maxwell’s theory relating to the fact that light is considered as an electromagnetic wave.

His collaboration with Gauss also led to the discovery of an electromagnetic telegraph. This also made him famous in the scientific community.

Wilhelm Weber never got the chance of marrying in his lifetime. His sister was responsible for managing his house after which, his niece took over. To honor his scientific contribution, his name ‘Weber’ is usually used as the magnetic flux SI unit- This is abbreviated as Wb.

Wilhelm Weber passed away on June 23rd, in 1891. He died at an old age of 86 years in his garden. He was buried in the city cemetery of Göttingen.