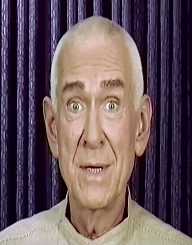 Marshall Herff Applewhite was the co-founder of the Heaven’s Gate cult popularly known as the UFO cult.

Marshall Herff Applewhite was born to Marshall Applewhite Sr. and his wife Louise on May 17, 1931, in Texas. His father was a Presbyterian Church minister. Together with his three siblings, Applewhite grew up in a strong Christian background. He went to Corpus Christi High School. After high school, he joined Austin College. In 1952, he graduated from Austin College with a degree in philosophy. He enrolled at the Union Presbyterian Seminary for theological studies. He dreamed of becoming a Church Minister like his father. He left the seminary to pursue a music career. He joined the Presbyterian Church choir in North Carolina as the music director. He sang spiritual renditions in his deep baritone voice.

He was drafted into the US military in 1954 aged 23. He was deployed in the Army Signals Unit. Applewhite served with military tours in Austria and later in New Mexico. After two years of service, Applewhite was discharged from the military. He studied music at the University of Colorado earning his Master degree. He traveled to New York to launch his musical and acting career. Applewhite never succeeded.

He was employed as an assistant professor at the University of Alabama. He left Alabama for the University of St. Thomas, Houston in 1965. Applewhite was involved with a male partner. In 1965 his wife got learned of the affair. They divorced in 1968. He continued with his church musical journey. He was the director of the Episcopal Church choir in Houston. In 1970 he resigned from his lecturing job at the University of St. Thomas. He moved to New Mexico the following year. In 1972 he moved back to Houston. Applewhite lost his father in 1972. He went into an emotional drain and depression. Applewhite lost his composure financially. He relied on handouts from friends and other well-wishers.

In 1972, Applewhite met Bonnie Lu Nettles. Nettles was a practicing nurse searching for religious identity and spiritual fulfillment. They paired up and started communing on their common spiritual yearnings. They branded themselves the supernatural beings mentioned as saviors of mankind in the last Biblical book Revelation. They started believing in their newly found supernatural powers. They lodged in a motel, refused to pay. They claimed paying up was an earthly law which they would not obey.

In 1974, they were detained for credit card violations and later released. Applewhite was convicted for car theft and jailed for six months in 1974. After his release, he teamed up with Nettles. They started traveling in evangelizing missions. They popularized their spiritual tenets called Level Above Human. They believed that humans had to transform into spiritual forms to achieve the next level in outer space heaven. They peached that human bodies were mortal vessels to help go the next level. Nettles and Applewhite hoped for a spacecraft to come and carry them and their followers to the outer heaven. The media started calling them the UFO cult missionaries.

In their travels, Applewhite became the spokesperson or prophet, while Nettles became the Supreme Being. The demarcations in powers relied heavily on their personalities. Applewhite was a gifted orator, while Nettles was a gifted thinker and philosopher. The two held their first conversion meeting in 1975 and attracted 20 followers in Oregon. Nettles and Applewhite attracted immense media attention. They started sending out their followers on missions, while they kept out of the limelight. They vetted their followers and remained with the most loyal.

Nettles and Applewhite forced their followers to fight their carnal desires. They kept their followers busy with a ritual of daily activities. The two outlawed sex, alcohol and smoking. Some members were castrated to forgo their sexual desires. The followers had uniform attires to conceal their gender. They moved into secrecy and started living as monks in a monastery. In 1985, Nettles succumbed to cancer. Applewhite encouraged his followers that their leader was in a spacecraft in the heavens above. He started preparing the followers for the second coming of Nettles.

Applewhite shrugged off the loss of Nettles. He started his preaching to his followers. The congregations started their final preparations for the ultimate destruction of the earth. Applewhite became interested in the scientific discovery of the new comet Hale-Bopp in 1995. He used the comet to cement the belief that Nettles was actually in outer space in a spacecraft.

The congregation moved to a mansion in Rancho Santa Fe in California. In 1997, scientists announced the new comet was approaching planet earth. The Heaven’s Gate congregation got their last sign. On March 26, 1997, the police discovered 39 bodies of the congregants. Applewhite led his followers in a mass suicide by ingesting a concoction of deadly chemicals and vodka. The bodies were dressed in black with a purple shroud. They all had a legal tender note on their front pocket and lied down in a systematic sequence.

The police showed video clips of Applewhite lead the congregants in recording their last wish statements before their departure. The videos had little effect on consoling their families.