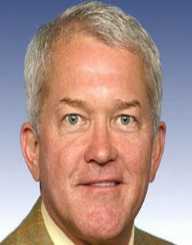 Mark Adam Foley was born 8th September 1954, to Edward and Frances Foley. He was born in Newton, Massachusetts, in the United States. Foley grew up in a political household with his father being a civic activist and a teacher.

In 1994, Foley was elected to the U.S. House of Representatives for the Republican Party. He remained in office until 2006. During his tenure, most of his time was spent on the Ways and Means Committee, which is the committee that writes the taxes.

He was considering a run during the 2003 election campaign for a Senate seat, but it was reported that he was gay, which was not very well accepted at the time. Although he condemned the rumors, he didn’t deny them, and he eventually withdrew from the race, citing his father’s health as the reason.

Mark Foley was a strong advocate for social issues, particularly child pornography and the exploitation of children. He had several laws passed and Acts enabled to make things safer for children.

He also campaigned for harsh sentencing about hate crimes, and he supports the death penalty.

In 2006, the news reported that Foley had sent instant messages referencing sexual acts. The story gained publicity, and Foley resigned soon after. Foley had been advised to quit or be thrown out from the House,

so Mark Foley resigned. In 2016, he was sent to jail for trying to cover-up bank withdrawals to payoff boys that he had sexually abused before his political career. After his political career, Foley opened a real estate company in Florida. He also has his radio show.