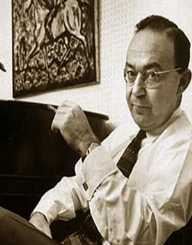 Theodore Harold White was born in May 6, 1915, in Dorchester, Boston. He was brought up in a Jewish family setting. Theodore went to Boston Latin School and graduated in 1932. He later proceeded to study at Harvard University and graduated years later with a B.A in Chinese history. He studied under John K. Fairbank and was America’s best China scholar.

Theodore H. White moved to China on a travelling fellowship that permitted him to visit as many countries around the world. Theodore settled in Chungking which was China’s war capital then. He took up a job as a freelance reporter and also served as an advisor for the propaganda agency of China. He was hired by Henry R. Luce in his publishing house the Time Magazine. Henry and White became good friends and loved working together in most cases.

White became a reporter for the magazine when the Second World War broke out. After a short time at Time magazine, he resigned and returned home. He began writing together with other notable writers such as Annalee Jacoby. The two came up with a book titled ‘Thunder Out of China’ which talked about China being at war and in crisis.

From 1948 Theodore H. White started serving as a European reporter for the Overseas News Agency until 1950. From 1950 to 1953, he worked for The Reporter. In 1958, he published his novel ‘The Mountain Road’ which talked about the surrender of American troops in China. The book was later adapted into a 1960 film with Lisa Lu and James Stewart as starring.

Theodore H. White began venturing so much into the American culture and politics comparing it with other culture he experienced while abroad. He started writing books that analyzed all the presidential elections in America. The books included a series of six set with the same title ‘The Making of the President’ all published between 1961 and 1973. He analyzed 1960, 1964, 1968, 1972, 1976 and 1980 presidential elections. His first set of the book earned him a Pulitzer Prize for general nonfiction in 1962.

Apart from the making of the presidential series, he published ‘Breach of Faith: The Fall of Richard Nixon’ in 1975. He had also begun writing another series of the making of the president 1984 alongside other writers.  However, the work never reached completion as the team of writers dissolved shortly before the elections. It later featured under a different name ‘The Shaping of the Presidency, 1984’ in Time magazine on November 19, 1984.

Theodore H. White was first married to Nancy Bean and together had two children before divorcing years later. He married his second wife, Beatrice Kevitt Hofstadter. She was previously married to the late historian Richard Hofstadter. He died on May 15, 1986, after he suffered a stroke in New York City. He was aged seventy-one at the time of his death. His was survived by his wife Beatrice and two of his children.