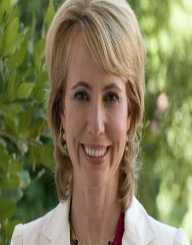 Gabrielle Giffords was born on June 8, 1970, in Tucson, Arizona, USA. Her parents are Gloria and Spencer Giffords. She also has a sister named Melissa.

After graduating from high school, Giffords attended Scripps College. She later graduated from this school with a bachelor's degree. Because her grades were so great, she also earned a scholarship which allowed her to study in Mexico.

Gabrielle Giffords later went on to attend Cornell University. There, she earned her master’s degree.

After college, Gabrielle Giffords began working for El Campo Tire; She eventually became the CEO of the company. She worked there until 2000 because the company was sold.

After leaving El Campo Tire, she began to pursue a career in politics. Gabrielle Giffords first ran for a seat in the Arizona state House in 2000 and was elected on her first try. She served here for two years. In 2002, she ran for a seat in the State Senate and was elected. She was later re-elected in the Senate in 2004. However, she resigned from this position in 2005 before her second term was officially over.

Gabrielle Giffords had resigned from her position in the state Senate because she wanted to run for a seat as a member of the Congress. The congressional seat had recently opened, so Giffords dropped everything to campaign for the seat. Her main competitor was Randy Graf. She beat him narrowly, winning with 54% of the vote.

Gabrielle Giffords ran for re-election for her congressional seat in 2008. She won again, this time with 55% of the vote. She later won the 2010 election. However, she resigned in 2012 after Jared Loughner shot her in the head in 2011. After this incident, she and her husband created the Americans for Responsible Solutions website, which advocates against gun violence.

During her time as a member of Congress, she focused much of her time on immigration. Since Arizona is on the border of the United States and Mexico, immigration is generally a heated issue in the state. Gabrielle Giffords responded to the issue by advocating for higher surveillance of the border and checking for undocumented workers in businesses close to the border. Another thing that Gabrielle Giffords was famous for during her time in office was her voting to put the Affordable Care Act (Obamacare) into effect.

After her resignation from Congress, Gabrielle Giffords began to work at the University of Arizona on the National Board of Advisors of the National Institute for Civil Discourse.

So far, Gabrielle Giffords has published two nonfiction books. Her first book, Gabby: A Story of Courage and Hope, was a memoir about her headshot injury and her recovery. This book was published in 2011. Her most recent book, Enough: Our Fight to Keep America Safe from Gun Violence, was released in 2014. The book’s title also works as a good summary of the book’s contents.

Gabrielle Giffords married Mark Kelly in 2007. This couple has two children together: Claire and Claudia.