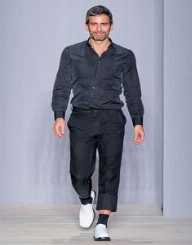 When in a fashion design field, you never know what you will in the red carpet live show till you define three S-themes. Studying fashion trends, sketching as well as selecting materials should be the order of your day. Designers contribute in making the fabrication of millions if not billion so to say of clothing’s escorted with purchased accessories. I can attest that everybody is moving now into the designer clothing brand. An early bird like Marc Jacobs is enjoying the worms as we speak. He is the kind of artist who will wear his excellent trademark skirt with a button-down shirt. That’s just a sample of his spring collection in 2011.

On April 9, 1963, Marc Jacobs was born in New York City, United States. He had the life he wanted till his loving dad passed. His mother had a mental illness, so Jacob went to live with his great-grandmother. Still, in New York, he followed his grandmother’s inspiration from day one. At 15 years of age, Marc went to High School of Design and Art. He went to work at a clothing boutique after school. He later landed a position at the Parsons School of Design. In 1984 Marc received an award as the best design student of the year. He also won the Perry Ellis Gold Thimble Award.

Marc’s previous employees helped him to launch his clothing line in April 1994. Not to mention he received a supportive gesture from Naomi Campbell and Linda Evangelista who showcased his designs for free. In 1997, Jacobs became the creative director of Louis Vuitton, where he managed to come up with a ready to wear clothing line. Consequently, the Louis Vuitton clothing promoted his brand by buying half of his company’s stake. In the process, Marc was able to fathom his business beyond possibilities. In 2001 springtime Marc introduced his major line known as Marc by Marc Jacobs.

In collaboration with his company and Louis Vuitton, he managed to triple his profit and turned into a global fashion star. He commenced his entrepreneurship with the likes of Julie Verhoeven, Steven Sprouse, and Richard Prince. At this point, he had over two hundred retail stores in eight countries. To celebrate his victory, he married his partner boyfriend, Lorenzo Martone. He continued to expand further by opening another collection, Greatest Hits. He later collaborated with an entertainment magazine, Playboy and designed more than 200 tees in support of Designers against Aids. He also created a limited amount of T-shirts in support of LGBT Organization. For his envied and juicy collections, he received the Knight of the Order of Arts and Letters Award.He was also awarded CFDA Award for his prestigious work.

Early 2012 it was stated that his work would be exhibited at the French Fashion house specially staged at Les Arts Decoratifs in Paris. That happened in March and ended in September the same year. After ten years of hard work working for Louis Vuitton, Jacob announced his departure from the team. Despite his busy life, Marc’s macho physique has more than five tattoos. His one and only tattoo artist, Scott Campbell applied tattoos like; SpongeBob Squarepant, a couch, M+M’s character and phrases like ‘Perfect’ themes. It is estimated that he has more than twenty tattoos. In 1999 and 2007 Jacob went for several treatments to get rid of drug addiction and alcohol.