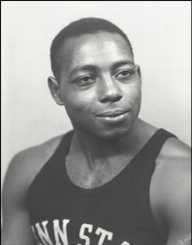 Henry Norwood "Barney" Ewell was a prolific American athlete. Born on February 25, 1918, was one of the leading sprint athletes during the 1940s. Ewell won gold and silver medals at the London 1948 Summer Olympics. He achieved these feats at age 30 when he was virtually out of his prime. Ewell achieved great success as a runner and jumper at the collegiate level.

Henry Norwood Ewell was born on February 25, 1918, in Harrisburg, Pennsylvania into a poor family. He received education at John Piersol McCaskey High School, in Lancaster, Pennsylvania. A talented athlete, Ewell was part of the school’s athletic team. He achieved great success at the high school level and that was duly recognised by the school. McCaskey High School named their stadium in his honor. Following his graduation, he enrolled at the Pennsylvania State University. It was during this period that he achieved this greatest success as an athlete. He joined the school’s athletic team, participating in 100 m and 200 m.

Ewell was an astute athlete by all standards. His university career and achievement was astronomical. While at the Pennsylvania State University, he won 12 gold medals and championships in collegiate events from 1940 to 1942. In addition, he won 11 gold medals in Amateur Athletic Union (AAU) national meets from 1939 to 1948. Aside from sprinting, Ewell was also prolific jumper. He leaped 25 feet 2 inches (7.68 m) in 1942. He graduated with a B.S. in 1947.

Ewell took part in various events for his country. During his college education, he was still participating in events for the US from 1941 to 1945.

Despite his relatively old age, Ewell surprised most people by making it into the 1948 US Olympic team. During the 1948 AAU championship, also an Olympic trial, he equalled the world record of 10.2 in the 100 m dash. At the London Olympic Games, Ewell lost the 100 m to teammate Harrison Dillard. He initial thought he had won but later found out Dillard had beaten him. He, therefore, won silver.

During the 200 m race, Ewell again finished second losing the first position to teammate Mel Patton. He also won silver in that race.

At the course of the Games, Ed Conwell fell sick. Therefore, Ewell earned a position in the 4 × 100 m relay. Despite a very good start for the American team, an exchange between Ewell and Lorenzo Wright was ruled out of zone. As a result, the team was disqualified. However, after a view of the videotape of the race, the officials reversed the ruling. Therefore, the American team including Ewell won Olympic gold medal.

Following the impressive Olympic performance, Ewell lost his amateur status after accepting gifts from his fans. As a professional, he competed in New Zealand and Australia. In the summer of 1950, he participated in the Scottish Border games. That year, he also participated in invitation race.