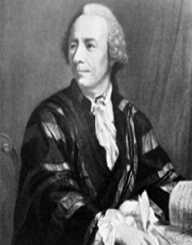 French mathematician and astronomer Pierre-Simon Laplace was born in the village of Beaumont-en-Auge in Normandy, France on the 23 March 1749. His parents were Pierre de Laplace and Marie-Anne Sochon.

Pierre-Simon Laplace was a pupil at the local Benedictine priory school in Beaumont-en-Auge until age sixteen. He was then enrolled at Caen University to study theology, but instead, after two years, his exceptional aptitude for mathematics was discovered by two of his teachers.

Deciding to focus on mathematics, Pierre-Simon Laplace left Caen University without completing his theology degree. He went to Paris with a letter of introduction to French mathematician Jean le Rond d'Alembert. D’Alembert took an interest in Laplace after reading his paper discussing the principles of mechanics. The result of this interest led to Laplace securing a position as professor of mathematics at the Military School of Paris.

Pierre-Simon Laplace became a member of the French Academy of Sciences when he was twenty-four years old. From 1771 until 1787 he immersed himself with research into astronomy. In 1773 he was able to demonstrate that planetary motions are stable and followed this up with several papers on the subject.

He worked with the chemist Antoine Lavoisier on some projects and in 1880 published Memoir on Heat, focusing on the kinetic theory of molecular motion. By the mid-1880s he held a senior position at the Academy of Sciences.

He is commemorated on the Eiffel Tower. When Gustave Eiffel built the tower, he set plaques at the first stage honoring seventy-two French scientists and included Laplace. In Paris, Rue Laplace is named in his honor.

Pierre-Simon Laplace married Marie-Charlotte de Courty de Romanges in 1788. The couple had two children: Charles and Sophie-Suzanne. Their daughter who had married the Marquis de Portes died in childbirth in 1813. Charles lived a long life but had no children, and it is through Sophie-Suzanne's child that the descendants originate.

He was made a count in 1806 during the First French Empire and in 1817, a marquis. There was criticism that self-interest he to changed political sides during the turbulent political times he lived through and that by the end of his life he had few friends in politics.

Pierre-Simon Laplace died at the age of seventy-seven in Paris, France.