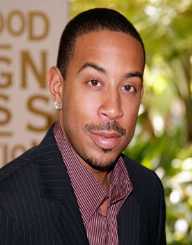 American rapper and actor Christopher Brian Bridges was born on the 11 September 1977 in Champaign, Illinois. He is the son of Roberta Shields and Wayne Brian Bridges. The family moved to Georgia where Bridges spent his high school years.

Bridges graduated from Banneker High School in Atlanta, Georgia and was also a student at Georgia State University.

Bridges started rapping at the relatively young age of nine and continued experimenting with music. After leaving university, he worked at Hot 97.5 in Atlanta, Georgia as a DJ.

His debut album was Incognegro (2000) was followed by Back For The First Time (2000) which reached platinum status. Songs on the album included What’s Your Fantasy and Southern Hospitality. The controversial but popular album, Chicken-n-Bee, was released in 2003. Other albums include Release Therapy (2006) and Theater of the Mind (2008), Battle of the Sexes (2010) and Ludaversal (2015).

In 2006 Bridges shared a Grammy Best Rap/Sung Collaboration with Usher Raymond and Lil Jon for the song Yeah!

He also won a Best Rap Song Grammy for Money Maker in 2007 as well as a Grammy for Best Rap Album for Release Therapy.

Bridges married Eudoxie Mbouguiengue in 2014. The couple had a daughter in 2015. Bridges have three other daughters from previous relationships.

In 2007 Bridges was listed on the Forbes Hip-Hop Cash Kings list with an estimated fortune of $16 million.

The Ludacris Foundation was formed in 2002 to encourage youth to achieve through education and lifestyle choices.