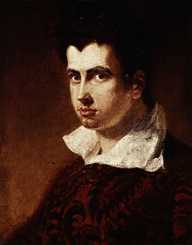 Leigh Hunt was born on October 19, 1784. He was an English poet, writer, journalist, essayist, and critic. He was also an editor. He remained a prominent figure of the Romantic Movement in England. He edited journals such as ‘The Indicator’ among others. His poems embodied elements of satires, epistles, odes and narrative poems among other forms of poetry. He also translated poems from other languages such as French, Greek, Italian, and Roman. His works include ‘A Legend of Florence,’ ‘Jenny Kissed Me’ and ‘The Story of Rimini’ among many other works.

James Henry Leigh Hunt was born on October 19, 1784, in Southgate, London. He was born to Isaac Hunt who was a lawyer and Mary Shewell Hunt. His family fled to England from Philadelphia on the onset of the Revolutionary War. In 1791, he enrolled in the Christ’s Hospital School where he received his formal education. Thomas Barnes was one of his schoolmates. He was interested in literature writing and reading which formed a part of his life in school. He did not join University because he had a problem with his speech. Later his speech problem was cured.

Leigh Hunt's inspiration came from works of William Collins and Thomas Gray. His first volume of poems was titled ‘Juvenilia.’ He wrote the volume while he was in school, but it was published in 1801. The volume of poems consisted of elegies, sonnets, pastorals, and translations. It also included hymns echoing works of Thomas Gray, Alexander Pope, and William Collins. He started writing for newspapers when he left school. He worked as a clerk in his brother’s office. His brother was a barrister. In 1808, he joined his brother John as an editor for his newspaper titled ‘Examiner’ in London.

In 1810, Leigh Hunt edited John’s magazine ‘The Reflector.’ He also penned a satire ‘The Feast of the Poets.’ In 1813, the brothers faced prosecution for the content of the ‘Examiner.’ They were imprisoned for two years. In 1816, his first major poem titled ‘The Story of Rimini’ was published. The poem earned him a spot in English Literature. In 1816, he published the poems of John Keats and Percy Shelley in the ‘Examiner.’ The following year he published ‘The Round Table.’ In 1818, he published his collection of poems ‘Foliage’.

In 1819, Leigh Hunt published ‘Bacchus and Ariadne’ and ‘Hero and Leander.’ He also joined ‘The Indicator’ where he was an editor up to 1821. In 1821, he travelled to Italy to expand his literary skills in collaboration with Shelley and Lord Byron. In 1825, he returned to England after Shelley died. He wrote the journal ‘London Journal’ which was not successful due to his ill health and poverty. In 1844, he received an annuity of one hundred and twenty Euros from Mary Shelley and her son.

In 1847, Leigh Hunt received a Civil List Pension of two hundred pounds which helped him in coming out of his poverty. His other works include ‘Autobiography,’ ‘A Legend of Florence,’ Captain Sword and Captain Pen’ and ‘Lovers Amazement’ among others. He also translated works such as ‘Amyntas: A Tale of the Woods’ by Torquato Tasso and ‘Bacchus in Tuscany’ by Francesco Redi.

In 1809, Leigh Hunt married Marianne Kent with whom he had ten children. In 1857, his wife died and her sister, Elizabeth Kent began assisting Hunt. He died on August 28, 1859, in Putney. He was interred in London’s Kensal Green Cemetery beside his wife. When Elizabeth Kent died, she was also buried beside him. In 1966, one of the boarding houses at Christ’s Hospital was named after him to preserve his legacy.