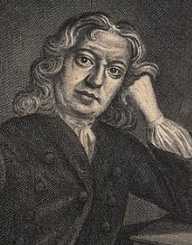 George Psalmanazar was a native of southern France. He traveled across England claiming to be the first native of Formosa to visit Europe.

George Psalmanazar was born in 1679 in the south of France. His history is vague. The only information about his childhood comes from his autobiography. Psalmanazar according to his autobiography went to school in a Catholic setup. He studied in a Franciscan elementary school. After that, he went to a Jesuit seminary. He learned Latin and became fluent in the classical language. His family ancestry is unknown. He adopted both names during his travel episodes in Europe.

Psalmanazar started his impersonation in France. He mastered the English language and traveled in France claiming to be Irish. Psalmanazar told people that he was on his pilgrimage journey to Rome. He acquired a Catholic brotherhood clergy outfit that he wore everywhere he went. He managed to receive alms and other financial support from the Catholic faithful. His disguise did not last for long. The French had good knowledge of the Irish language and culture. Psalmanazar spoke English and not Irish.

When the Irish disguise failed, he decided to impersonate a far eastern culture. He first started by adopting Japan as his homeland. Psalmanazar told his listeners that he was native Japanese who converted to Christianity. He was brought to Europe by the Catholic Jesuit missionaries he met in Japan. His audience suspected little of his story. Japan was unknown to most of the western Europeans. He continued in his disguise, traveling in various parts of Western Europe. Due to undisclosed circumstances, Psalmanazar never reached Rome. He spent two years in Germany which was under the Holy Roman Empire.

In 1702, Psalmanazar met Reverend Alexander Innes. Rev Innes was a Scottish chaplain attached to the Scottish army regiment in The Netherlands. By then Psalmanazar was part of the Scottish army. No one knows how he managed to enlist into the army. Rev Innes took a keen interest of the Japanese. For some reasons, he suspected the origin of Psalmanazar. He asked Psalmanazar to translate the work of Cicero into his native Japanese. Psalmanazar failed to translate the Latin work into Japanese. He was exposed. To protect his fraud, he changed his homeland to the unknown Chinese island of Formosa. Reverend Innes baptized the heathen Japanese to Christianity.

The two became good friends and traveled to London. In 1703, Reverend Innes introduced him to his contemporaries in England. He claimed Psalmanazar was a newly baptized Christian from the Far Eastern island state of Formosa. Psalmanazar convinced many of his origins. He had a bizarre and exotic culture. He narrated of how the Formosa islanders were cannibals, promoted polygamy and worshipped idols. He told London that human sacrifice was a common procedure in traditional worship in Formosa. The London scholars who had little knowledge of the island prevailed on him to publish a book. Psalmanazar obliged to their request.

In 1704, he published a book about his native origin in Latin. In the book An Historical and Geographical Description of Formosa, Psalmanazar described the culture of his people. He meticulously documented a well-fabricated piece of information. The book discussed the geographical location, origin, culture, and language of the Formosa people. Some people had doubts about his light skin. Psalmanazar told them that he was from nobility. The noble families lived underground way from the sun. His book became a bestseller and was translated into English, French, and German. He continued to live a celebrated life in England until 1716.

By this time the English knew much about China and the Far East. Psalmanazar did some odd jobs for a while. He then disappeared from the public eye. Historical scholars believe he joined a theological seminary to study the Hebrew language. After his studies, he became a prolific writer. This time he wrote about his life without revealing his original name. His literary work was highly approached by the young English writer Samuel Johnson. The two became good friends and exchanged correspondence regularly.

Psalmanazar spent his late years in London. He lived on a pension fund that he was granted by one of his admirers. He died on May 3, 1763, in London England. One of his memoirs was published after his death. It narrates his detailed journeys and the different personalities he acquired along the way. But it left out one vital detail information, Psalmanazar’s origin, and early life.