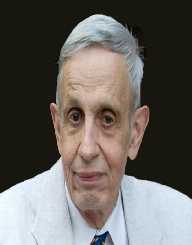 Godfrey Harold Hardy was born on February 7, 1877, in Cranleigh, Surrey, England. His parents were Sophia and Isaac Hardy. He also had a younger sister, Gertrude.

Even as a child, it was apparent that Hardy was intelligent and talented. He was very good at math,  though he did not particularly like it more than other subjects at the time. He showed off his early mathematical skills as he attended Cranleigh School. He stayed there until graduation.

In 1889, G. H. Hardy earned a scholarship to attended Winchester College. As his family was poor, this was the only way he could attend. He officially joined the school in 1890. For the next six years, he focused on studying mathematics, which was what the school was famous for at the time. After graduating from this school, he earned yet another scholarship, this time to attend Trinity College, Cambridge. He began attending this school in 1896.

While at Trinity College Cambridge, G. H. Hardy was taught by several notable professors, including R. R. Webb, Augustus E. H. Love, and Robert Alfred Herman. For some time, Hardy had been thinking about switching his major away from math, but his professors convinced him to stay in mathematics.  In 1900, he passed all of his Tripos and became a fellow at Trinity College, Cambridge. However, it was not until 1903 that he officially earned his master’s degree and finished his education.

In 1906, G. H. Hardy began working as a lecturer at Trinity College, Cambridge. While working here, he worked on independent research and wrote both papers and books.

In 1911, G. H. Hardy began working with John Edensor Littlewood, a fellow mathematician. The two started researching and writing papers together. They would go on to work together for the next 35 years. However, there was a break in their partnership when Littlewood left to fight in World War I. Hardy had tried to fight, but his application was denied for health reasons. During this time, all of the research that Hardy and Littlewood were working on together paused.  Once he returned from the war, the partnership resumed.

One of the most important things Hardy and Littlewood worked on together was a strange letter that was found. It was filled with mathematical equations written by an Indian man named Ramanujan. However, there were gaps in the equation that Hardy and Littlewood were determined to fill. The two worked on this project from the early 1910’s until about 1920. Once uncovering the blanks, the two published several papers on what they had discovered.

In 1919, G. H. Hardy began working at the University of Oxford as the Savilian Chair of Geometry. He worked here until 1931. However, he worked as an exchange professor at Princeton for a year in 1928. While here, he continued his research, primarily with Littlewood. However, at this point, he and Littlewood lived far apart from each other, so they collaborated mostly over letters instead of in person. Luckily, they were still able to publish papers together.

In 1931, G. H. Hardy left Oxford to return to Cambridge. Here, he worked as a professor. One, here again, he was able to work with Littlewood more than he had been able to in past years. He also began collaborating with other mathematicians around this time, including Wright, Landau, and Titchmarsh. He worked here until his retirement from teaching in 1940.

The first book G. H. Hardy published was A Course of Pure Mathematics. This later became the most famous of his works. It was published in 1908. His other books are listed below.

The Integration of Functions of a Single Variable

Orders of Infinity: The Infiniarcalcul of Paul Du Bois-Reymond

All of G. H. Hardy's awards were for his work in mathematics. Some of his most prestigious awards and accomplishments are listed below.

In 1939, G. H. Hardy suffered a heart attack which diminished the state of his health for the rest of his life. By the mid-1940’s, he could no longer stake care of himself, and his sister, Gertrude, was his primary caregiver. In 1947, upset with his lack of independence and good health, Hardy tried to kill himself but failed. However, he died later that same year on December 1, 1947. He was 70 years old when he passed away.