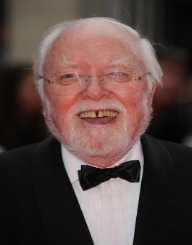 Richard Samuel Attenborough, Baron Attenborough was born on August 29, 1923, in Cambridge. He was the oldest son of his parents. His mother Mary was one of the founding members of the Marriage Guidance Council. His father Frederick Levi was a scholar and an academic administrator at Emmanuel College, Cambridge.

Attenborough attended the Wyggeston Grammar School for Boys and later began studying at the Royal Academy of Dramatic Art. In 1939, his family took in two Jewish refugee girls, who were later adopted by the Attenborough’s when they learned that the parents of the sisters were dead. Attenborough served in the Royal Air Force. He went through the initial training and was seconded to the R.A.F. Film Unit. Attenborough appeared in the propaganda film Journey Together in 1943.

Attenborough began his career as an actor before going to Royal Academy of Dramatic Art. He performed in several shows at Little Theatre in Leicester. His first film appearance was in an uncredited role in 1942, in the film In Which We Serve. This role later led to him being cast as a petty criminal or a coward.

Attenborough starred in films such as London Belongs to Me and Morning Departure. His breakthrough role came in 1947 when he starred in the film adaptation of Graham Greene’s novel Brighton Rock. He had previously played the part at the Garrick Theatre. He also appeared on the West End stage in productions like Agatha Christie’s The Mousetrap.

During the 1950s, Attenborough appeared in some successful comedies like Private’s Progress, and I’m All Right Jack. His first major Hollywood project was The Great Escape in 1963, where he portrayed RAF Squadron leader Roger Bartlett. In the 1960s, Attenborough began to take on a wide range of roles. In 1964, he won the BAFTA Award for Best Actor for his role in the film Guns at Batasi. In 1967, he won his first Golden Globe Award for a supporting role in The Sand Pebbles. The following year, he won another Golden Globe for Doctor Dolittle.

In 1971, Attenborough received major critical acclaim for the film 10 Rillington Place, where he portrayed the serial killer John Christie. After starring in The Human Factor in 1979, Attenborough did not take any acting roles. However, he went back to acting in 1993 for Steven Spielberg’s Jurassic Park and its 1997 sequel.

Attenborough formed his production company Beaver Films in the late 1950s. The company produced films such as The League of Gentlemen, The Angry Silence, and Whistle Down the Wind. As a producer, he won his first BAFTA award for the film Séance On A Wet Afternoon.

Attenborough’s directorial debut was in the hit musical Oh! What a Lovely War in 1969. After the success of the film, he began focusing more on producing and directing, taking less acting roles. His next directorial works were Young Winston in 1972 and A Bridge Too Far in 1977. In 1982, Attenborough won the Academy Award for Best Director for his historical epic Gandhi. The film also won the Academy Award for Best Picture and two Golden Globe awards. His later work includes Chaplin in 1992, Shadowlands in 1993 and Closing the Ring in 2007.

Attenborough was the President of the Muscular Dystrophy campaign and in 2004 became the organizations Honorary Life President. He established the Richard Attenborough Fellowship Fund for the charity. He was also the patron of the United World Colleges movement.

He founded the Richard Attenborough Arts Centre at Leicester University, designed specially to provide access to disabled. He was also elected the Chancellor of the University of Sussex.

Since his father was the principal of University College, Leicester, Attenborough became a lifelong associate of the university. He became the institution's patron, and in 1997, the Embrace Arts center was opened and named in his honor.

In 1945, Attenborough married Sheila Sim. In 2004, his eldest daughter, her mother-in-law and Attenborough’s granddaughter were all killed in the tsunami following the Indian Ocean earthquake at Khao Lak, Thailand.

In 2008, Attenborough was admitted to hospital for hearth related problems and received a pacemaker. At the end of the year, he suffered a stroke. This left him confined to a wheelchair. his health began to deteriorate in 2012, and he moved into a nursing home together with his wife. He died on August 24, 2014, aged 90 years at the time.