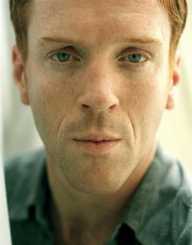 English actor and producer Damian Watcyn Lewis was born on February 11, 1971, in St John's Wood, London, United Kingdom. He is the elder son of John Watcyn Lewis, a City insurance broker with Lloyd's and Charlotte Mary (Bowater), a descendant of 19th-century affluent newsprint manufacturers. He had a Welsh ancestry as his paternal grandparents were Welsh. Sir Ian Bowater, Lord Mayor of London, was his maternal grandfather. He had a privileged upbringing and was raised in the flourishing St. John’s Wood district of London along with his siblings Gareth, William, and Amanda until the age of 8.

Damian Lewis attended the independent Ashdown House Boarding School in Forest Row, East Sussex. After his high school graduation, he enrolled at Eton College. His early interest and passion for acting like a teenager was the deciding factor in favour of pursuing acting as a career at this juncture. He formed his own theatre company at the Elite Institute after receiving due permission from the college authorities.

Damian Lewis studied at Guildhall School of Music and Drama in London between 1990-1993 and graduated from there in 1993. Acting personalities of the likes of Daniel Craig and Joseph Fiennes were among his classmates at the institute. He also had the privilege of being taught by RSC stalwart Colin McCormack. Soon, he joined the Royal Shakespeare Company (RSC) at Stratford-upon-Avon as a stage actor and started performing in London.

Damian Lewis decided to pursue acting as a career during his teenage years. However, once he had to work as a telemarketer selling car alarms to meet both ends, a job he despised. During his RSC days, he played Borgheim in Adrian Noble's production of Henrik Ibsen's Little Eyolf, Posthumus in William Shakespeare's Cymbeline and also appeared as Karsten Bernick in Pillars of the Community, another Ibsen play, at the National Theatre in November 2005.

Along with his stage career, Damian Lewis launched his film career as well. Robinson Crusoe was released in 1997 starring Lewis as Patrick Conner. He played Laertes opposite Ralph Fiennes in a stage production of Hamlet produced by Jonathan Kent. Steven Spielberg happened to see the production and cast Lewis as Richard Winters in his World War II miniseries Band of Brothers, which aired on HBO. He was nominated for a Golden Globe Award for his role in the miniseries.

With this, Damian Lewis started acting in several such roles which required a credible American accent. He was later made a name for his impeccable American accent as well as his trademark red hair. He was also introduced to a broad American audience for the first time through this HBO miniseries. He was next seen playing the character of Soames Forsyte in the ITV series The Forsyte Saga (2002-03).The costume drama earned him rave reviews. Returning to the United States, he portrayed the role of a man possessed by an evil alien in the adaptation of Stephen King's ‘Dreamcatcher.’ He starred in ‘Keanne’ as an American Manhattanite searching his missing daughter in an unsound perilous state of mind.

On the television, Damian Lewis played Jeffrey Archer in the TV special ‘Jeffrey Archer: The Truth.’ He appeared in the BBC adaptation of the Shakespearean comedy ‘Much Ado About Nothing’ in 2005. On the American television series ‘Life,’ which was aired only half of the first season due to the 2008 strike by the Writer's Guild of America, he played the character of Charlie Crews. The show won an AFI Award for best television series regardless of its halted production.

In 2011, Lewis appeared in the Showtime psychological thriller series ‘Homeland.’ He portrays Sgt. Nicholas Brody, who returns home following eight years of captivity in Iraq and becomes a cause of concern for the Intelligence Agencies of America as well as practically an unfamiliar person to his family.  This portrayal earned him an Emmy Award (2012) for an outstanding lead character in a drama series and a Golden Globe Award (2013) for best performance by an actor in a television series (drama).

After leaving the Homeland series in 2014, Damian Lewis once again appeared in a military uniform in the TV miniseries ‘To Appomattox’ (2015), where he played the role of a Civil War general William T. Sherman. Returning to his roots in the United Kingdom, he played the character of King Henry VIII in the TV miniseries ‘Wolf Hall’ (2015). He earned both the Emmy and the Golden Globe nomination for his performance in the miniseries. Since 2016 Lewis is appearing as billionaire Bobby Axelrod in the Showtime series ‘Billions.’

Damian Lewis married actress Helen McCrory on July 4, 2007. They are blessed with a daughter, Manon and a son, Gulliver born on 8 September 2006 and 2 November 2007 respectively. He left England during the second half of 2007 and started living in Los Angeles, California along with his family during the making of the NBC-TV crime drama Life. However, they again went back to England after the completion of the final episode of the series in early 2009. He resides in a Victorian townhouse located in Tufnell Park, in north London.

Lewis was made an Officer of the Order of the British Empire (OBE) in 2014.