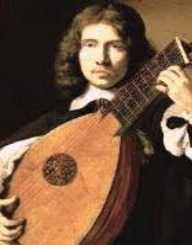 Thomas Campion was born in Holborn, England on February 12, 1567. His parents were John Campion and Lucy Searle. He lost his father in 1576 at the age of nine. His mother remarried and lost his second husband. Lucy died in 1580 in her third marriage, leaving his son in the care of his stepfather Augustine Steward. In 1581, he joined the Peterhouse College in Cambridge.

He never graduated after four years. In 1586, he enrolled at the Gray’s Inn to pursue a career in law. He graduated but dropped his legal pursuit before taking the bar entry exam.

Campion went silent in the years following his graduation from Gray’s Inn. Most historians believe he went on a military expedition in France or Spain. Campion resurfaced in London in the early years of 1600. He left for France after a while and joined the University of Caen. In February 1605, Campion graduated from the University of Caen with a medical degree. On his return to England, he operated a clinic in London from 1605.

Thomas Campion made a good income from his clinic, but still pursued his creative dream he started before going to France. In 1607, he did his first professional masque at the wedding of British nobility in the royal court in London.

The production titled Lord Hay’s Masque depicted the marriage of the Scottish Earl of Carlisle and the daughter of an English noble as the union of Scotland and England. In 1610, Campion composed A New Way of Making Fowre Parts in Counter Point.

In November of 1612, he did his second masque at the royal court. Campion performed the masque at the wedding of Princess Elizabeth of England and Frederick, the Elector Palatine. Campion got a commission from Lord Chamberlain to do two masques for his family. He did the first part of the masque titled The Caversham Entertainment in 1613 in the streets while welcoming the queen. The second part was completed indoors as the guests enjoyed their evening.

Thomas Campion did a masque during the wedding of the Countess of Essex and Robert Carr, the Earl of Somerset. He released a publication titled Two Books of Ayres. The first part of the book was full of religious songs. For the second part, he compiled love songs like the Peaceful Western Wind and others. During this period, Campion faced murder accusations.

The police acquitted him after investigations failed to link him to the crime. In 1617, Campion produced the songbook the Third and Fourth Books of Ayres. He compiled a collection of distinct tunes and rhythms to create a rare blend of fascinating sounds. A good section of his critics applauded the songbook.

In 1619, Thomas Campion revisited his prowess in poetry. He published a Latin poem that proved to be his last. Campion went against the usual tradition of the English renaissance movement then.

The movement encouraged British poets, and linguistic artists to promote their traditional languages of English, Welsh, Gaelic or Scottish rather than Latin or French. He stuck to his earlier tradition of emotional themes like love, beauty, and medicine. In this last compilation, he did a mix of his revised old poems with some new proses. Like in his earlier publications, Campion used fictitious characters to depict his story in society.

During his active literary life, Thomas Campion moved away from the traditional poetic and publication regulations of the English language. He experimented with what he deemed valuable to his work. As the pioneer, he faced immense criticism for deviating from the norm. Gradually, he gathered a considerable following among literature lovers in Britain.

Other poets and masque producers joined in when he got recognition by performing in the royal court. His new style of fusing poetry and musical theatrics proved captivating to the British audience then. Campion became the de facto pacesetter in the poetic and masque production world in Britain.

Thomas Campion used masque entertainment to elaborate on his views in society. In captivating his audience, he blended musical themes in the production to maintain the attention of the public.

This blend of production increased in Britain through the numerous nobility celebrations that were witnessed in Britain. Campion capitalized on the essence of having a British generated entertainment within noble circles to create his form of musical masque poetry.

Thomas Campion died on March 1, 1620, in London at the age of 57, just some days after his birthday on February 12th. His grave lies at St. Dunstan in the West, London.

Campion led the artistic revolution in his generation. He got recognized for his work and creativity. His lyric poetry captivated the society regardless of the social classes. He entertained the ordinary people in the streets with his free-flowing lyrics. Campion created poetry, music, and masque to celebrate with the nobles and the royal family in Britain.

Unfortunately, he became a victim of his revolution. Years after his death, young enterprising British poets experimented with other forms of poetry. The new generation captivated the literary critics. Campion and his musical, poetic lyrics became obsolete. Nevertheless, he originated a generational change in the world of poetry in Britain.