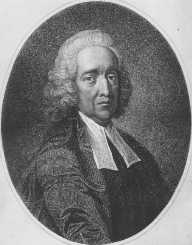 Joseph Addison was born on May 1, 1672, in Milston, Wiltshire, England. His father was Reverend Lancelot Addison. His mother was Jane Gulston.

For his primary education, Joseph Addison attended a boarding school called the Charterhouse School. After he finished his education at the boarding school, he went on to study at Queen’s College, in Oxford.

He later changed schools and then attended the Magdalen College. He ended up graduating from this school in 1693.

Joseph Addison started his writing career in the same year that he graduated from college. He wrote a poem for a famous English poet and writer, John Dryden. Dryden loved the poem and told other famous English writers about Addison’s work. Soon after, Dryden (along with several other writers) paid Addison a pension to travel and write. His pension lasted from 1699 until 1702. At this time, he had to return to his hometown to focus on his work.

In 1703, Joseph Addison got a job writing poems for the government. His first poem for the government was titled the Campaign. This poem helped him to gain fame and more pensions from famous writers. In the same year, he had the funding he needed to travel again.

In 1707, he wrote an opera titled Rosamund. This opera was unsuccessful at the time. Some of Addison’s other early works are listed below.

A Song of St. Cecilia's Day at Oxford
An Account of the Greatest English Poets
Virgil’s Fourth Georgic (Translation)
In Musarum Anglicanarum Analecta

Joseph Addison earned his first political position in 1705 when he began to work as the Under-Secretary of State. He worked with one of his friends (and former pension payer), the Earl of Halifax.

In 1708, Joseph Addison was promoted up the political ladder, and he became a member of Parliament. He worked in this position until 1709. During this time, he also contributed to the journal, Tatler. However, he focused more on his political career, than writing career, during this time. Later in 1709, Addison worked as the secretary to the Lord Lieutenant of Ireland. He also began work in the Irish Parliament in the same year.

In 1710, he worked as a representative for the borough of Malmesbury. He did this job until he died. In 1717, he also took on a job as the Secretary of State. He only worked here for a year because of his failing health.

In the 1710’s, Joseph Addison began to put in more work in his writing career. He started working with an old friend, Richard Steele, to publish stories, essays, and other forms of writing. In `1712, he started to write what would be his most famous work, the play Cato, a Tragedy. Unlike his opera from years earlier, this play was a success right away and remains somewhat popular to this day.

Some of Addison’s other famous later works are listed below.

The Drummer
Dialogue of Medals
Evidences of Christianity
Divine Ode
The Countess of Manchester, at Paris

Joseph Addison married the Dowager Countess of Warwick in 1716. The countess already had a son, Edward Rich. Addison and the countess had an unhappy marriage, and never had any children of their own together. However, the couple did stay married until Addison’s death.

Joseph Addison died on June 17, 1917, after struggling with failing health for some years. He died in Kensington, Middlesex, England. He was 48 years old when he passed away.

After Addison’s death, a town in New York, previously called Middletown, was renamed Joseph Addison in his honor.