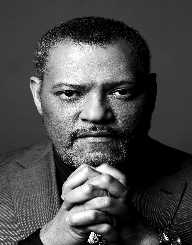 Laurence Fishburne took an inspirational role as Dr. Larabee in Akeelah and the Bee film in 2006.It is one of an incredible and ever blazing role that he will be remembered for the rest of his life. Although he has appeared in other films, the 2006 drama film is still one of a kind. He also serves as a director, producer, and writer. Laurence began his acting career in one of the soap opera called One Live to Live, and the rest is history. When he appeared in a Shakespearean play in 2005, he became the first African-American to star in the said adaptation. Let’s see what he has in store for us.

Justice and sacrificial soul surround Laurence Fishburne. He is the kind of person who likes to sacrifice his other time, not for his leisure but to help others. Harmony is his second name, and he will still keep the name until eternity. He is a friendly man who defines patience and understanding at its best. In other words, he makes sure that his friends and loved ones are comfortable. When not in a good mood, Fishburne prefers to read a book or sleep. Nonetheless, his steps narrate his desire for peace and sense of refinement. Above all, he is a creative being who prefers to focus more before indulging in any project. His organized and clarified life leaves others in question marks. Nothing seems to beat his intellectual mind, all thanks to his leadership skills and out of world originality.

On 30th July 1961, Laurence Fishburne was born in Augusta, Georgia in the U.S to Hattie and Laurence John Fishburne, Jr. His father served as a correctional officer while his maternal mother worked as a science teacher. At his tender age, his parents parted ways. It was here that he was moved to New York by his mother. He spent his childhood life in Brooklyn where he graduated from Lincoln Square Academy, but he never majored in the acting field. He took a pseudonym name Larry Fishburne in the course of his young career. But he later came to change his name after a few years. His most memorable performance as a young lad is still momentous to him and his family. It was in 1975 that he appeared in a drama film called Cornbread, Earl and Meat. At fourteen years of age, he starred in an Apocalypse Now film.

In 1980s Laurence appeared in several roles both on television and stage. He once played on a children’s show titled Pee-wee's Playhouse. Other stage shows followed including Short Eyes and Loose Ends. In the course of the mentioned year, Laurence also took a leading role in films like The Color Purple and The Cotton Club.
In 1990 Laurence continued to shine where he acted in an urban tale called Boys in The Hood. The film raised him to stardom. The following year he gave it all in August Wilsons play called Two Trains Running. It is the same film that garnered him a Tony Award, Drama Desk Award, and Outer Critics recognition.

After a resounding appearance on stage, Laurence gave an incredible performance in a TV drama series called Tribeca. His role earned him an Emmy award. In the mid of 1993, he played Ike Turner in a film titled What’s Love Got to Do With It.He followed it up with Higher Learning movie which he received an Image Award. Still, in the 1990s he molded his character as Othello in a horror film called Event Horizon. Further, he was selected to appear in movies like Miss Ever’s Boys and The Tuskegee Airmen.

Before the end of 1999, Fishburne cemented his career with a notable film The Matrix. He played as Morpheus, a hacker. He was grateful to have received positive review both locally and internationally. He then starred in Mission Impossible film together with Tom Cruise.

In the new millennium, Laurence started to write his new resolutions. It was here that he knew that he could direct as well as serve as a screenwriter. As a newbie in the field, he started with a short film titled once in the Life which in turn received recorded acclaims. The same year he appeared in the movies like Akeelah and the Bee, Mystic River, TMNT Animation film and later Fantastic Four.

Early in 2008, Laurence Fishburne made his comeback where he appeared in a famous show called Thurgood. He took a Thurgood Marshall role. His incredible performance made him earn a Drama Desk Award. The same year he took an investigative role in a CBS drama called CSI. After six years, he starred in an acclaimed film Man of Steel. He followed it up with a recurring play in a sitcom series called Black-ish.

From 2016 to 2017 Laurence made his stance in a fiction movie Passengers, and a thriller film John Wick. He is about to release another American comedy film Last Flag Flying that also stars Steve Carrell.