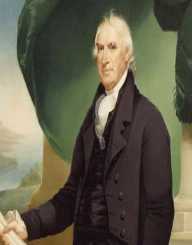 George Clinton was one of the only two people who has served as VP against two different presidents in the United States .

George Clinton was born on July 26, 1739, in New York’s city. His star sign was Leo. His father Charles Clinton had also served in the Army, and his mother Elizabeth was a housewife. His parents were immigrants from Ireland. Clinton was homeschooled for most of his early education and got interested in politics through the views of his father and the books kept by him. Inspired by this, in his teenage years he enrolled in the Army and went to serve in the French and Indian War.

George Clinton accompanied his father during the siege of Fort Frontenac and became a lieutenant in the Army.

George Clinton was interested in is politics from an early age, so he chose to study law after the war was over. In 1764, he started practicing as a lawyer. Clinton became a member of the New York provincial assembly and held this position for seven years. Clinton was a shrewd politician. In 1775, he was commissioned the Brigadier General in the militia by the New York Provincial Congress. He was tasked with the job to defend the islands of the Hudson River from the British armies.He successfully carried out this task. Due to this achievement, he was commissioned Brigadier General in the Continental Army in on March 1777. Clinton remained a member of the Continental Army till 1783, being re-elected five consecutive times.

In 1783, George Clinton became a member of the New York Society of Cincinnati. He served there for 12 years, becoming its president in place the final year at the society. Clinton wasn’t fond of the new constitution that America was adopting. When the country decided to adopt a new constitution, Clinton and others opposed it publicly. However, the Constitution passed because his party was defeated. Clinton was nominated by the Jeffersonian Republican Party in 1792 as their candidate for Vice President.

However, his political career came to a standstill for a few years till 1800 when he was elected to the New York State Assembly. George Clinton then became the governor of New York. Clinton became the Vice President of the United States in the 1804 elections under President Jefferson. He held this position for the next five years. In the 1809 elections, Clinton was once again chosen as the vice president under a different president James Madison. While holding this office, he became only one of the two people who has held the post of vice president under two different presidents.

George Clinton was considered a very smart politician, who is also one of the most popular politicians in the history of America. Several counties such as the Clinton counties in New York, the Clinton County Ohio, and the village of Clinton, or need a county New York are named after him.

George Clinton married Sarah Cornelia Tappen in February 1770. They had six children five daughters and a son. This marriage was also seen as Clinton’s way of strengthening his political power and position.

That George Clinton died on April 20, 1812, in Washington DC. He was 72 years old. George Clinton became the first US VP to die while holding the office.