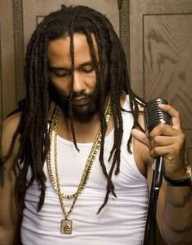 Gangster Larry Hoover was born on the 30 November 1950 in Jackson, Mississippi. When he was a young child, his parents and family relocated to Englewood, Chicago, Illinois.

Larry Hoover was 15 in 1966 when he formed Gangster Nation, a gang with over 1,000 members. In January 1969, he merged the group with the Black P. Stones and renamed the band, the Gangster Stones. Then in June 1969, he joined Gangster Nation with the Black Disciple Nation and the gang became Black Gangster Disciple nation, known as Gangster Disciples. David Barksdale headed the gang and Hoover was second in command.

In 1973, Hoover was charged with murder and sentenced to between 150 and 200 years in prison. When David Barksdale died of kidney failure in 1974, Hoover became the leader of the Gangster Disciples. He ran his gang from prison for over twenty years, while stipulating that no gang members were allowed to interfere or hurt prison staff.

Larry Hoover was transferred to a minimum security prison in Illinois in the late 1980s. He was denied parole in 1993. Then in 1997, he was accused of drug conspiracy charges by the Chicago Police Department’s Operation Headache initiative. Almost forty members of the Gangster Disciples were indicted. Hoover was charged with running a multi-million drug cartel. He was found guilty and transferred back to super-maximum federal prison on Colorado.

Larry Hoover is married to Winndye Jenkins, and they have two children.