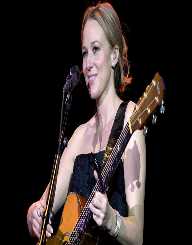 A seven-time Grammy-nominated singer and songwriter, Jewel Kilcher has made her name in the music industry starting from her van. She is well-known for her song Who will save your soul and her exceptional yodeling skills.

Jewel Kilcher was born on May 23, 1974, in Payson, UT. Her father Atz Kilcher and mother Nedra Carrol were both singers and songwriters. Thus, music was in the genes of Jewel Kilcher, who started singing by the age of six.

By the time Jewel was fifteen, she had already started performing at several coffeehouses and earned herself a scholarship to Interlochen. She learnt the art of yodeling from her father, a skill that became extremely useful for her in her career.

Jewel Kilcher had to reach success the hard way. She moved out of her parents’ house in pursuit of her career and had to live in her van while performing. She was first spotted while performing at the coffeehouse Innerchange in Pacific Beach. Soon she signed up with Atlantic Records, in 1994.

After having some moderate success, Jewel Kilcher released her famous album Pieces of You. The album drew a lot of fans, and her career graph started to rise.

Regular work started to flow in afterwards. Jewel Kilcher began performing opening acts for notable artists. She opened for artists such as Bob Dylan and Neil Young and then released a second album titled Spirit. The album featured favorite songs like Standing Still and Hands. The deviation from pop towards folk was an experiment that worked exceptionally well for Jewel. With this, her popularity rose to the level of a rising and in-demand celebrity.

In 2001, Jewel returned to her genre and made a pop album titled This Way. 2003 saw her take another detour. This time she released a dance album 0304. The album brought Jewel in a new avatar and achieved considerable success.

Three years later, Jewel Kilcher released Goodbye, Alice in Wonderland, and in 2008, her country album Perfectly Clear came out. This album reached the #1 spot in the country album category.

Jewel released a lullaby Somewhere over the rainbow in 2009 and 2015, Picking up the Pieces came out.

Jewel Kilcher is the founder of the charity foundation Higher Ground for Humanity. They work for providing clean drinking water in areas with water scarcity and polluted water.

Jewel Kilcher is a feminist at heart and believes that women should be strong-minded. She faced sexual abuse at an early age, and throughout her early career struggles, but thinks she came out on top due to her inner strengths.