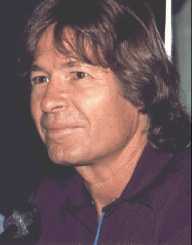 John Denver was a famous and talented American musician. He was born on December, 31st, 1943 in Roswell New Mexico. He majored in folk songs, songwriting, and guitar playing. He is widely known for his hit songs; “leaving on a jet plane” produced in 1967 and “Rocky Mountain High.” These are just among his songs which are mostly famous in English speaking countries. John Denver was also known for his environmental activism and humanitarian work. This made him a founder of world hunger project. Unfortunately, like all the other stories end, John Denver died in a plane crash in 1997.

John Denver received a gift from his grandmother which happened to be his first guitar. It was a 1910 Gibson acoustic guitar brand.  He attended Texas Technical College, currently known as Texas Technical University between the year 1961 and 1964. Unfortunately, he dropped out before completing his college course.

His music career began to flourish in the 1960s.In 1965, a year after dropping from school, he traveled to New York City and successfully auditioned for the chad trio. This became his performing group until the year 1968. His profile in the music industry was highly ranked when the folk-pop group recorded a song that he had written. The song was known as “leaving on a jet plane” which shacked the music industry due to its success.

John Denver was persuaded with record executive to change his name to Denver. He was convinced to do it partly in honor of the city and the surrounding Rocky Mountains and partly due to his clean leaving image. John Denver released his first single album in 1969 by mercury RCA records known as “Rhymes and Reasons.”

He went on to release four more moderately successful albums in the following two years. He was a humble person in spite of his all-round good looks. He was considered as a Golden boy of folk music in his error.

These were the most successful albums in his music career; poems, prayer and promises of 1971. This featured “Take Me Home and Country Roads.” The other ones wereRocky Mountain High of 1972 and Back Home Again of 1974.

John Denver made his first appearance in the film industry in 1977 in a film known as oh, God costarring with George Burns. After that, his acting was majorly limited to the television until the year 1997 when he went back to filming out of television.

The following were his children; Zachary John Denver, Ann Kate Denver who were adopted children together with his first wife and Jesse Belle Deutschendorf

Due to his nature as an environmentalist and humanitarian person, he was involved in several organizations inclined to this. Some of the organizations include; save the children foundation, friends of the earth, European space agency, national space institute among others. He was also a co-founder of Windstar foundation a non-profit wildlife preservation agency.

John Denver founded the world hunger project in 1977. As a result of this, he got an appointed by President Jimmy Carter to the commission on the world and domestic hunger. In 1984 he chaired a meeting of the member national UNICEF day.

These are some of the awards that John Denver got;