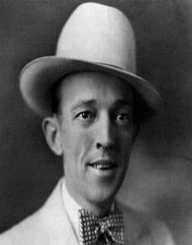 Jimmie Rodgers was born on September 8th, in 1897. He is best remembered for being an American country musician. He was also a professional yodeler. Rodgers immense contribution to country music earned him the recognition of being the Father of Country Music. Other names that he earned were The Blue Yodeler and The Singing Brakeman.

James Charles Rogers alias Jimmie Rodgers was born on September 8th, in 1897. His birthplace was in Mississippi. He was the last born to Aaron Rodgers and Eliza. At the age of around six or seven, Rodger’s mother passed away. She had been suffering from tuberculosis which led to her early demise. The death of his mother pushed Rodgers to go and live with his relatives first in southeast Mississippi and later in Southwest Alabama.

At a tender age of 13, Jimmie Rodgers had taken a special interest in the entertainment industry. He began organizing shows that were not as successful as his father dragged him home every time. Similarly, his father found him his first job as a railroad waterboy.

When Rodgers was 27 years old, he suffered from Tuberculosis. This was a disease that would terminate his career at the railroad. However, it was a blessing in disguise as he took a special interest in the entertainment industry. He began organizing shows and performances across southeastern sides of the United States.

Later, in 1927, he partnered with the Tenneva Ramblers band where he earned himself a spot in one of the local radio stations in Asheville in North Carolina. Moments later, the radio station was closed. Fortunately, the band found new gigs as they performed at different resorts.

Jimmie Rodgers' big break came after auditioning with the Talking Machine Company in Bristol, Tennessee. Certain billing issues affected his band that therefore he had to record alone. With just his guitar he went ahead and recorded two songs for the company’s scout; Ralph Peer. These two songs were “The Soldier’s Sweetheart,” and “Sleep, Baby, Sleep.” The latter song became a major hit, and it earned Rodgers massive recognition among his audiences.

Rodgers continued recording songs that earned him high acclaim within a short period. In November 1927, he went ahead and recorded a single called “Blue Yodel.” This song was famously known as “T for Texas.” The single was a massive hit as it sold about half a million copies. This drove Rodgers to become an overnight sensation.

Following his big break, Rodgers had a couple of activities to attend to. He took time and recorded a movie short with Columbia Pictures called The Singing Brakeman.

Jimmie Rodgers passed away on May 26th in 1933. He died at the age of 35. Just like his mother, he succumbed to tuberculosis which ended his thriving career at a tender age.

Although Jimmie Rodgers’ career only spanned for about six years, he left a considerable mark more so with regards to country music. He laid a foundation for the development of music genres such as country music and rock and roll. As a result, he earned himself the recognition of being the Father of Country Music.