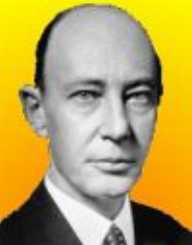 George Richards Minot descended from a family of Physicians who was initially from across the Atlantic in England. His forbears immigrated to America in the year 1630 from Walden in the United Kingdom. He was born 2nd December 1885 in the city of Massachusetts in Boston, USA.

George Richards Minot's father also worked as a physician in Massachusetts. His childhood was a troublesome one as he needed careful attention as a result of recurring fevers. George enjoyed the exposure to nature as he was often in Southern California during each winter season. He used the exposure positively and wrote on butterflies in scientific papers in his early years. He was also interested in moths and also explored their physiology and habitat.

George Richards Minot's first publication was in in the year 1902 in Entomological News.George wrote others as a follow –up after that, to express similar views on nature.

George Richards Minot had his medical training at Harvard University, where he bagged his associates and doctorate in 1908 and 1913 respectively. He did his clinical training at the Massachusetts General Hospital before taking up employment at the Johns Hopkins Hospital and Medical School. George's studies at Harvard Medical School drove his interest in the exploration of the human blood. It was his internship at Massachusetts General Hospital that made him stay in the city until the year 1913. George's move to Baltimore in 1914 came as he accepted the position as an assistant at John Hopkins. He worked closely here under the lead of William S. Thayer. His research of blood components and composition formed the body of work that William H. Howells explored further in his examination of blood clotting later on.

When the research on anemia took the attention of George Richards in 1915, he zeroed-in on the subject of "pernicious anemia." As at this time, not much was known about this ailment except that those caught by it died. The common attempt to ward it off was to administer iron and transfuse blood in the interim. Pernicious anemia was particularly fatal as it led to the erosion of the count of red blood cells in the bloodstream. The red blood cells bloated and eroded as anemia set in.

George Richards Minot observed blood coagulation closely at close range as well as reticulocytes, transfusion of blood and blood platelets. He also noted blood disorders and was able to document the hemorrhage that occurs with sustained anemia. George Richard's work was extended to the extent that it was able to isolate how the blood reacts to industrial poisoning. He explored lymphatic tissue disorders, leukemia as well as polycythemia. His groundbreaking thesis is regarded based on the depth of work he carried out and documented with regards to anemia.

George's related experimentation and research extended to blood platelets and bone marrow in the year 1916. He worked closely with other colleagues in this respect and documented his findings.

While George Richards Minot is recognized for his depth of research on anemia, his pernicious anemia strides were influenced by the work of George Hoyt Whipple. Whipple had earlier asserted that feeding red meat like animal livers to anemic dogs would lead to a cure. As Minot worked with Murphy and related to anemic patients, he thought on Whipple’s assertions and fed portions of the liver to them. It was mentioned that he gave half a pound measures of the liver to his patients and this turned out positively in improving their health. The steady progress in the health of these patients was evident with no deteriorations.

George Richards Minot and his colleague presented the report on how well the patients responded to treatment using animal livers. They showcased this at an American Medical Association conference which held in the New Jersey. They had chronicled a total of 105 patients and presented a report on this at a follow-up meeting in the U.S capital of Washington in the District of Columbia. As George Richards Minot explored this subject further, his team realized that pure extracts of liver could be produced to better patient health. They collaborated with a professor of chemistry in this regard and were able to convince him- Dr. Edward J. Cohn to produce the pure liver extracts.

This breathtaking slant in the research work of Minot and Murphy led to Dr. Cohn isolating Fraction G as a liver extract. Eli Lilly Company trademarked this in the year 1929. Minot and his team identified that the small dose of this extract worked the same way as the measure of liver earlier administered to patients.

In 1928, Minot bagged an honorary Sc.D in recognition of his research efforts.

George Richards Minot's life was an eventful and busy one as he studied, contributed and researched ways to open up new areas of physiology. His findings on getting the better of anemia and blood marrow cannot be forgotten in human history. George was always involved in new studies to provide a better body of work to explain diseases and how a man can live a better life. He was an Editor of numerous medical publications and contributed to several others. He was a fellow of several medical organizations and allied bodies across the globe. George Richards Minot was awarded the Cameron prize along with W.P.Murphy in the year 1930 by the University of Edinburgh. The award was for the research done in Practical Therapeutics.

In the same year, George Richards Minot got a gold medal from the Popular Science Monthly. He was given the annual award by the same journal along with G. H. Whipple. He was also awarded the City of Philadelphia’s John Scott Medal. He was also awarded the 1934 Nobel Prize for Physiology along with G. H. Whipple and W.P Murphy, for their groundbreaking work in the study, understanding, and treatment of anemia.

George Richards Minot got married on 29th June 1915 to Marian Linzee Weld. Their union produced a son and two daughters.