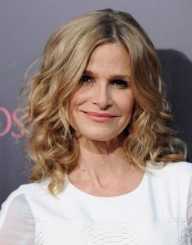 Kyra Sedgwick was born on August 19th, 1965. She is an American actress who rose to fame after featuring in The Closer-2005. Before this, she had landed several roles both in film and on TV right from the time she was 16 years old. After wedding Kevin Bacon, her career was in the spotlight as she landed lead roles in some films. She also managed to star alongside famous people like Tom Cruise.

Kyra Sedgwick was born on August 19th, in 1965. Her place of birth was in New York City. She is the daughter of Henry Dwight Sedgwick V and Patricia. Her father, Henry was in the financing business whereas her mother worked as a speech teacher. Unfortunately, Sedgwick did not get the chance to enjoy the love of both parents as they separated when she was only four years old. Two years later, when she was aged six, they filed for a divorce. After this, her mother got married again to Ben Heller who was an art dealer.

Sedgwick’s mother held acquaintances with several celebrities. As a result, she constantly motivated her daughter to indulge in the arts field. By the time Sedgwick was 12 years old, she was confident enough to appear on stage. Her first on-stage performance was in one of the school’s productions called Fiddler on the Roof. It is at this point that she fell in love with acting.

As for her education, Kyra first enrolled at Friends Seminary before later going to Sarah Lawrence College for her college education. She completed her education at the University of Southern California. Here, she went home with a degree in theatre.

Kyra Sedgwick made her first TV debut in 1982. She was 16 years old when she played the role of Julia Shearer in the TV series Another World-1982. A few years later in 1988, she was featured in the TV version of the play Lemon Sky. After this, there are several films that she featured in during the 90s such as Singles-1992, Heart and Souls-1993, Something to Talk About-1995, Phenomenon-1996, and several others.

In 2005, Sedgwick’s career took a different turn after playing the role of Brenda Leigh Johnson in the hit series Closer. The TV series went on to be aired for seven seasons, and it was stopped in 2012. Her role in this TV show had a profound influence in her career as she began earning close to $300, 000 for each episode on Closer. In addition to being well paid, she also got a Golden Globe award for playing the lead actress in the TV show. In 2010, she was also bestowed with a Primetime Emmy Award. The best part was that she earned herself a spot at the Hollywood Walk of Fame for her remarkable performance.

Kyra Sedgwick tied the knot with Kevin Bacon in 1988. Together they have two children named Sosie Ruth and Travis Sedgwick Bacon.